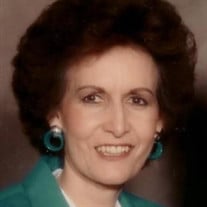 Ada Jane Truman Kleinman, 80, passed away in her St. George home peacefully with her family gathered around her on August 29, 2020. She was born on June 17, 1940 in Cedar City, Utah to loving parents Alma and Alta Holt Truman. She was named after her two grandmothers, who preceded her in death; Ada Alger Holt and Mary Jane Hunt Truman. She was the fourth of six children and was the first child in her family born in a hospital. Ada Jane was raised in Enterprise, Utah until she was nine years old. She and her family moved to St. George, Utah. She graduated from West Elementary, Woodward Junior High, Dixie High School and Dixie Junior College. Ada Jane’s childhood home was always filled with music and it continued filling her home and heart up until the end of her life. At her father’s knee she developed a lifelong passion for poetry and thoughts which she shared with others throughout her life. Ada Jane went all the way to Logan, Utah where she graduated from Utah State University in early childhood and elementary education, a desire she had since age six. While there she met her eternal companion, Leland Archie Kleinman, from Toquerville, Utah. They were married on July 21, 1962 in the St George Temple and just celebrated fifty-eight years of marriage. They were blessed with two girls and one boy. While she only taught first grade full-time for ten years, her talents and skills of teaching were used to bless the lives of her family, neighbors, friends and church. She was also blessed with gifts of speaking, writing, friendship and leadership. Ada Jane was a faithful member of The Church of Jesus Christ of Latter-day Saints. She served in most of the auxiliaries of the Church both as a teacher and in leadership roles, including Stake Relief Society President and scribe during her husbands call as Patriarch in both LaVerkin Stake and PineView Stake. Her motto was “Every day is a gift from God, that’s why we call it the present.” Ada Jane is survived by husband Leland, daughters Debra (Brad) Stucki, Janet Trelease, son Greg (Missy) Kleinman, and five grandchildren, Sister Kennedy Kleinman (currently serving in the Kentucky Louisville Mission) and her stripling warriors: Bryson, Bradyn, Daniel and Dawson and her sister Margaret Marshall, and sisters in law she called sisters, Karol Truman, Leslie Truman, and Beatrice Weaver. She was preceded in death by her parents, sisters Carolyn (Adams), Alta Deneice (Snow), brothers, Alma Delmont Truman, Lonnie Holt Truman, and brothers in law, John Adams, Dexter Snow, and Richard Weaver. The family would like to thank the staff at Advanced Health Care of St. George and Sun Tree Home Health and Hospice, especially her loving nurse Paula Vu. We would also like to thank Dr Michael Kline, her pulmonary doctor, and his staff for their compassionate care of her over the years. We express appreciation to all of her many friends throughout the years. We would especially like to thank our father/grandfather for his selfless and loving service and caretaking of his eternal companion. Funeral services will be held at the Toquerville Chapel, 63 N. Toquerville Blvd. Toquerville, UT 84774 on Friday, September 4, 2020. A viewing open to the public will be held prior to the service from 9-10:30 a.m. The funeral will begin at 11 a.m. for those invited, due to current restrictions. Interment will be at the Toquerville Cemetery. Family and friends are invited to share tributes online at SerenityStG.com. Arrangements and memorial tree planting by Serenity Funeral Home of Southern Utah, 986-9100. In lieu of flowers please donate to The Church of Jesus Christ of Latter-day Saints General Missionary Fund.

Ada Jane Truman Kleinman, 80, passed away in her St. George home peacefully with her family gathered around her on August 29, 2020. She was born on June 17, 1940 in Cedar City, Utah to loving parents Alma and Alta Holt Truman. She was named... View Obituary & Service Information

The family of Ada Jane Kleinman created this Life Tributes page to make it easy to share your memories.

Send flowers to the Kleinman family.