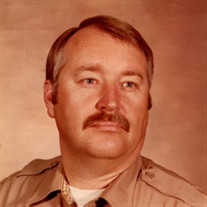 Alfred John Meisel (82) peacefully passed away December 27, 2021 surrounded by family. He was born on March 12, 1939 in Springville, Utah to Alphonso John Meisel and Agnes Bell Buckley. His father passed away three short years later. Alfred was the only son and grew up with his sisters Virginia, Betty June, Shirley, and Maurine in Salt Lake City, Utah. He attended school at East High and met his future wife at Liberty Park Pool. He married the love of his life, Marilyn McNeill, on August 3, 1956. They had four children: Anthony John, Wendie Lynn, Steven Lawerence, and Holly Ann (deceased). Tony was born prematurely and their doctor recommended that they move to a warmer climate, so they moved to California. Al worked for Mattel and would bring home toys for his children to “test out.” He loved spending time with his kids and enjoyed taking summer road trips with his family. He joined the LA County Sheriff department in 1967. He received many accommodations and awards and had many articles written about him. He once single-handedly stopped a bank robbery while he was off-duty. He retired in 1999. Al joined his family as a member of The Church of Jesus Christ of Latter-day Saints. This became a big part of his life and he served his ward congregation with love as a bishop. He enjoyed all sports and had a keen love for golf, tennis, skiing, and softball. He also developed hobbies of calligraphy, drawing, Free Cell, and watching Jeopardy. He loved spending time with his 17 grandchildren and 25 great-grandchildren. He made it a priority to support his family in all they did. He happily attended special events and celebrated his family’s accomplishments. This tender, cheerful, and generous man will be greatly missed. Memorial services will be held on Thursday, December 30, 2021 at 12:00 noon located at the LDS Chapel, 1150 East Brigham Road, St. George, Utah. Graveside services will follow at 2:00 p.m. at Tonaquint Cemetery.

The family of Alfred John Meisel created this Life Tributes page to make it easy to share your memories.

Send flowers to the Meisel family.