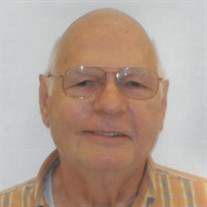 Alfred Roger Mott was born April 3, 1936, in a farm house in Kinsman, OH, the oldest child of W. Alfred Mott and Mildred Rogers. He attended the Ridge and Hubbard schools before heading off to the University of Chicago. He married Anita Tilton of Warren, OH, in 1956, and the two left so he could attend Pittsburgh University, where he received his pharmacy degree. The couple moved to Indiana while he worked on his master’s degree and doctorate in pharmacology at Purdue University. His first employment was as an assistant professor at the Massachusetts College of Pharmacy. He then spent two years teaching nurses at the Illinois College Compass in Chicago before settling down to work at Ciba Pharmaceutical (now Novartis) in New Jersey. After his retirement, the family moved to Utah. He transferred his pharmacy license to Utah and worked for Harmon’s and Walgreens until he retired for good at the age of 78. He was a member of Phi Delta Chi fraternity, AARP, The Ham Radio Club, The Old Time Fiddlers, the Golden Memories Band, and Hurricane CERT. He spent many years working with the Boy Scouts as well as giving lectures at schools around New Jersey about the dangers of street drugs. He held many positions in the LDS Church. He is survived by: his spouse and their children: Vernon Mott (Carol), Catherine Erickson (Alan), David Mott (Tammy), Brian Mott (Jennifer), Dorothy Oakes (Barry), and Elizabeth Lemming (Jayson) as well as 24 grandchildren, and 8 great-grandchildren. Also surviving is a sister, Linda Tennis (Keith), of California. He is preceded in death by his parents; a brother, Lloyd Mott; and a grandson, Zachariah Lemming. A memorial service will be held at 11:00 a.m. on Saturday, April 21 at the Southgate Chapel in St. George, UT. A viewing will be held prior at 10:30 a.m. at the same location The family would like to thank the staff of Brookdale Assisted Living and Zion’s Way Hospice for their kind and gracious care in his final days.

Alfred Roger Mott was born April 3, 1936, in a farm house in Kinsman, OH, the oldest child of W. Alfred Mott and Mildred Rogers. He attended the Ridge and Hubbard schools before heading off to the University of Chicago. He married Anita Tilton... View Obituary & Service Information

The family of Alfred Roger Mott created this Life Tributes page to make it easy to share your memories.

Send flowers to the Mott family.