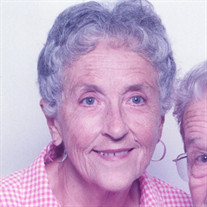 Arlene Jones Reid – 87, passed away at her home in St. George, UT, January 11, 2022. She was born November 15, 1934, in Salt Lake City, UT, to Harry Williams and Alta Irene Taylor Jones. She married Earl on May 25, 1953, in the Salt Lake City Temple. Arlene and Earl met at West Hight School in Salt Lake City. Their raised their family in Bountiful, UT, together they served three missions, two in Cove Fort and one at the St. George, Temple. Arlene was passionate about her Church and all her callings, which included, food storage and emergency preparedness. She loved and cared for her family deeply. She is survived by; her children Randy Earl, Richard J. (Janice), Russell Brent and Rhonda Lee Laney; 11 grandchildren; and 15 great-grandchildren; and a brother Lynn Jones. She was preceded in death: by her husband Earl; grandson Scott Richard Reid; sister Beverly Francis; son-in-law John Howard Laney; and a daughter-in-law Jamie Reid. Funeral services will be held Friday, January 14, 2022, at 12:00 noon at the Sunset 2nd Ward LDS Chapel, 82 North, Dixie Dr., St. George, UT. A viewing will be held prior to the service from 10:30 to 11:30 am. Interment will take place Monday, January 17th, at 12:00 noon, at the Larkin Sunset Memorial Gardens in Sandy, UT. Arrangements are under the direction of Serenity Funeral Home of Southern Utah 435-986-9100.

The family of Arlene Jones Reid created this Life Tributes page to make it easy to share your memories.

Send flowers to the Reid family.