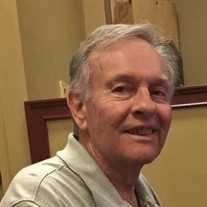 Arthur (Art) L. Hansard, age 75, of St. George Utah, passed away Wednesday, June 15, 2022, after a courageous battle with cancer. Art was born April 23, 1947, to Arthur N. Hansard and Dorothy Griffith Hansard in Salt Lake City, Utah, and raised in Bountiful, Utah. After graduating from Bountiful High School, he joined the Marine Corp where he proudly served his country in Vietnam. After returning he continued his education graduating with an associate degree in accounting, which he later put to use in his 34-year career with the U.S. Postal Service. He met and married the love of his life, Susan Graham Hansard, and together they had three children: Robert, Bryan, and Diana. He loved his family and enjoyed spending time with his beloved wife, children, grandchildren, and great-grandchildren. Art was preceded in death by his father, Arthur, mother, Dorothy, and brother Armond, (aka Neil). Survived by his loving wife Susan, two sons: Robert Hansard (Wendy), Bryan Hansard (Katie), and daughter, Diana Hansard Tingey (Guy). Ten grandchildren, and soon to be Five great-grandchildren. Brother and sister-in-laws, nieces, nephews, and cousins. His lifelong, best friend, Stu Edgar. “Thank you, brother, for always having my back!” And the best neighbors I guy could ask for, Tim and Debi. “I sincerely thank you for your genuine friendship and the many selfless hours of your time and talents.” All of you are dearly loved. Cremation will take place in his hometown of St. George, Utah. We welcome family and friends to share their memories and celebrate Art’s life in a way he would want to be remembered…as a kind and loving man. A casual gathering will be held at Larkin Sunset Gardens in Sandy, Utah on August 23, 2022. Time will be announced later at a later date. Though flowers are appreciated, Sue would like you to express your love to those you value.

The family of Arthur (Art) L. Hansard created this Life Tributes page to make it easy to share your memories.

Send flowers to the Hansard family.