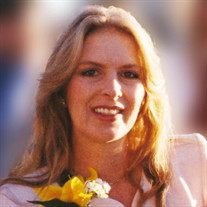 St. George, Utah. Cara Ann Dockery, age 57, left this earth on Feb. 23, 2021. Cara was born to Lionel Raoul Tyree and Linda Wilkerson Tyree on April 10, 1963 in Las Vegas Nevada. She married Rick Munoz. Later Cara and JT Morgan had a baby girl, Miranda Morgan, on January 19, 1983. Her bond with Miranda was so strong and special that her life was forever changed. Cara married the love of her life, Blake Davis, who raised Miranda as his own. Cara spent the early years of her life in Las Vegas, Nevada. At age six, she, with her mother and siblings traveled by train to Utah County where they settled. When Cara and Blake were married in 1986, they lived in and worked at the Brighton Ski Resort Chalets by Salt Lake, where they took care of several cabins and helped in the ski shop. They later settled on a small homestead in a fruit orchard which they took care of in Salem, Utah. Their orchard home was a place for family to gather and enjoy good times… babysitting nephews, gardening, working the Davis greenhouses, canning, having barbecues, sledding and tubing. They later moved to a beautiful old home in Spanish Fork. Blake was a wonderful husband and an amazing father. Wherever they lived, Cara loved to clean, organize and decorate their home. She was well versed in music, loving rock and roll and was great at pop culture trivia. While living in Brighton they met some of the famous rock bands. When Cara and Blake separated she moved to St. George and later moved up to Coos Bay, Oregon. She loved living by the Ocean, but returned to St. George to care for her mom. Cara was kind, big hearted and very forgiving. She loved dogs, and while living in St. George, she had a special best friend named Slinky. Cara brought much joy to her mother by talking with her while sitting on their porch every morning having coffee. Cara and Miranda were so close. They talked daily. She loved her grandchildren and wanted to spend more time with them!!!! Life will never be the same without our Cara. Cara is survived by her daughter, Miranda (Thomas O’Brien); mother, Linda M. Barney; grandchildren, Gavin Leuze and Vivian Hoffman; 3 siblings, Kathie (Kent Shepherd), Lionel Byron (Kimberly) Tyree and Mary (Brian Rasmussen). Cara was preceded in death by her father and Blake Davis. We would like to thank all family and friends for their loving kindness. In lieu of flowers please donate to her favorite charity ASPCA.ORG (American Society for the Prevention of Cruelty to Animals). Family and friends are invited to share tributes online at www.SerenityStG.com. Arrangements and memorial tree planting by Serenity Funeral Home of Southern Utah, 986-9100.

The family of Cara Ann Dockery created this Life Tributes page to make it easy to share your memories.

Send flowers to the Dockery family.