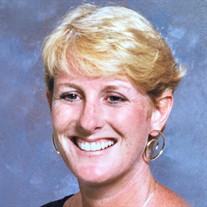 St. George, UT – Catherine Claire Morris Burrows passed away peacefully at her home, surrounded by her husband and six children, on June 23rd, 2018 after her five-month courageous battle with cancer. She was born on January 27, 1949 in Los Angeles to Ray and Claire Morris. She grew up in Hermosa Beach and later moved to Manhattan Beach. It is here she developed her love of the beach and ocean and lifelong friendships with the “30th Street Kids.” She also loved the countless hours she and her brother got to spend with her Grandma Jessie, who was one of the greatest influences in her life. As a teenager, she worked at Little Guys & Dolls, her beloved Grandma Gay’s children’s clothing shop in Los Angeles. She attended Mira Costa High School where she was on the drill team and graduated in 1967. It is here she met the love of her life, her husband, Steve Burrows. They were married March, 15, 1969 and were later sealed in the Salt Lake Temple. Their first child was born, and in 1972 they moved to Provo, Utah. Cathy studied at El Camino College and also attended Utah Valley Community College where she earned her nursing degree. She worked at American Fork Hospital in Labor and Delivery and at Provo Surgical Center as a surgical nurse. This lifelong profession as a nurse was perfect for her. She loved caring for people. After retiring in 2005, she and Steve moved to St. George, Utah where she volunteered at a non-profit pain clinic. In retirement, Cathy developed a passion for genealogy. Her commitment to genealogy research of her family line rivaled that of some of the largest for-profit genealogy companies in the world. In fact, her dedicated research on the history of her family line was found to go back even further in time than that of other genealogists. It is no coincidence that Cathy happened to find her niche in life by passionately researching what she valued the most, her family. Her tireless efforts and devotion to family in this life have surely prepared her for a more important and sacred work that she's now likely happily engaged in. Cathy also had a passion for gardening, University of Utah Athletics, everything chocolate, stargazing, skiing, and politics. Her greatest loves were her husband, children and grandchildren, and her sweet dog Fiona. Her generous and kind spirit was fueled by that deep love for her family and also her friends. She will be greatly missed by so many. Cathy is survived by her husband Steve; her children, Christy (Robert) Pulley of Beaverton, Oregon, Matt (Keri) Burrows of Highland, Utah, Mike (Mindi) Burrows of Highland, Utah, Jane (Brian) Chipman of American Fork, Utah, Megan (Steve) Wettstein of Lehi, Utah, and Brian (Erin) Burrows of Tempe, Arizona; grandchildren, Christopher, Gigi, Aspen, Ellie, Cale, Hazel, Everett, Teigen, Andrew, Crosby, Cameron, Naomi, Nolan, Eliza, and Bradley; and, her brother, Tom Morris. She is preceded in death by her mother, Claire, and father, Ray. The family would like to thank the incredible hospice companies, IHC and Dixie Rehab and Hospice. The family will have a private service. In lieu of flowers, please consider a donation to the Huntsman Cancer Institute at https://healthcare.utah.edu/huntsmancancerinstitute/.

St. George, UT &#8211; Catherine Claire Morris Burrows passed away peacefully at her home, surrounded by her husband and six children, on June 23rd, 2018 after her five-month courageous battle with cancer. She was born on January 27, 1949... View Obituary & Service Information

The family of Catherine Claire Morris Burrows created this Life Tributes page to make it easy to share your memories.

Send flowers to the Burrows family.