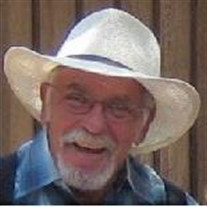 Charles “Chuck” Clinton Duncan Jr, 66, passed away on June 28th, 2019 surrounded by adoring friends and family. His outdoor memorial service complete with Honor Guard will be July 6th, at 9:00 am at the La Verkin 3rd ward pavilion. 70 South 300 West La Verkin, Utah 84745. Interment will be held at Gilman-Duncan Family Cemetery in Hetten Valley, California. Chuck was born July 12th, 1952 to Charles “Charlie” Clinton Duncan Sr., and Bessie Bernice Reeves Duncan. He is survived by his wife, Bette Root Duncan, his daughters Tonya Winger (Tom) and Tamie Edelman (Shannon), his grandchildren Sabrina and Aron Edelman, and his sisters Patricia Willburn and Joanne Crnich. He was preceded in death by his mother and father, his sister, Nancy Evans, and Jane Collins Duncan, his first wife. He was a humble, compassionate man of numerous achievements. He graduated from Fortuna High School in California in 1970. He followed his passion for the outdoors with a job in the forest service until he served his country in the US Navy in 1976 to 1980. He was awarded the Navy Good Conduct Medal upon completion of his service. He was a devoted husband and caring, wonderful father, he loved to share his time and talents with his family who are such a tribute to him. He was one of the last true mountain men, never far from the wilderness. He spent a great deal of his young life logging until he managed a Tru Value Hardware in Fort Bragg, California. The majesty of the Southwest called him and his wife, Jane, to Southern Utah where he worked in a few specialized trades until he used his incredible skills to start his own business as a handyman. Chuck was always industrious, and he gave his all to any endeavor. He was noted on the rodeo circuit for riding bulls where he served as president of the Ruth, California Rodeo Club for a number of years. He was an avid 4-wheeler, on which he spent the last decades of his life learning every trail in the Southern Utah area by heart so he could guide other riders. He enjoyed his friends at the Tri State ATV club immensely and devoted himself to the annual Tri State ATV Jamboree. He also volunteered many hours to governmental and non-profit agencies to help keep trails open and safe for public use. His selfless service was appreciated by all who knew him, though he was never one to seek acclaim. He was known for his unfailing good nature and legendary sense of humor. He faced all the difficulties of life with patience, kindness, and his trademark smile. His family and devoted friends will miss him fiercely, and he will be remembered for all the good he brought to this world. In lieu of flowers, you are welcome to donate to the Charles (Chuck) Duncan memorial fund at the State Bank of Southern Utah.

The family of Charles "Chuck" Clinton Duncan Jr created this Life Tributes page to make it easy to share your memories.

Send flowers to the Duncan family.