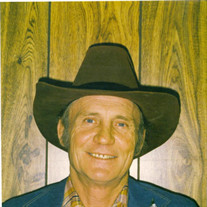 Charles Roper Cottam, age 81, passed away on August 31, 2021, in St. George, Utah. He was born in St. George, Utah in his grandparents’ home, the third child and first son of Owen Cottam and Evelyn Roper Cottam, December 8, 1939. Chuck shared his childhood with five sisters and four brothers. Chuck was raised with a love of horses. As a toddler Chuck was placed bareback on his dad’s horse and paraded before his mother at the kitchen door. The horse bolted, pulling the reins from his father’s hands. Down the streets of St. George he flew, only to land when the horse jumped an irrigation ditch near the Dixie Sunbowl. This may have started Chuck’s love of speed. Chuck was big into cars and was responsible for infecting his four younger brothers with the love of hot rods. It was a tremendous bond for the five brothers. Chuck moved with the family to Henderson, Nevada in 1950. He became an athlete setting school records in track and football. Chuck also worked like a man, helping his father in his stucco and plastering business. He married early, moving back to St. George working as a cement truck driver. Later Chuck joined the United States Marines, stationed in California. Finishing his military career, He worked in the restaurant supply and installation business. Chuck lived next in Las Vegas, Nevada where he worked as a painter. He married again and after moving back to southern Utah, Chuck worked as a carpenter for his brother David. Chuck remarried once more and he and his wife, Debra Stubbs, were later sealed in the St. George LDS Temple. Chuck lived on his father’s family property on Smith Mesa, where he enjoyed raising his cattle. Chuck is survived by his wife, Debra, stepson Erik Landecker, and his children Kevin Todd Cottam, Colin Close, and Amanda Sotelo, his brothers David Cottam (Becky), John Cottam, Neil Cottam (Lauree), and sisters Mary Ewell, Ruth Ipson (David), and Elaine Stephens (Scott), and grandchildren Jordan Stephens, CJ Stephens, Mason Sotelo, and Kay’Lani Sotelo. He was preceded in death by his parents, brother Glenn, sisters Joyce Martin, Leslie Hardy and Leah Matheson, and a son Glenn Patrick Cottam. A funeral service will be held on Saturday, September 4th at the LDS Virgin River Ward chapel, Virgin, Utah, at 1:00 pm. A viewing will be held at 12:00. Interment will follow at the Toquerville City Cemetery.

The family of Charles Roper Cottam created this Life Tributes page to make it easy to share your memories.

Send flowers to the Cottam family.