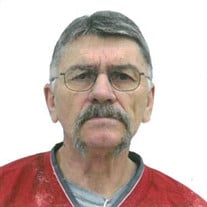 St. George, Utah – Dale S. Peterson, 67, passed away at his home in the afternoon hours of October 26, 2019, after a tough but courageous battle with cancer. Dale was born November 10, 1951, to Billie Fred Peterson and Margaret Delores Stoker Peterson, in Ogden, Utah. He Married Ilene Stanger on April 2, 1971, in the Salt Lake City LDS Temple. He was an U.S. Army Veteran. He enjoyed working as a salesman in the automobile and insurance business for over twenty years. He also enjoyed owning and training horses, where he had many winners; hunting with his dad and brothers, metal detecting with his son, and family road trips across the United States and Canada. He is survived by: his wife of 48 years, Ilene; their son, Shane; his four brothers, Billie D. (Jodie) Peterson, Darwin (Wendy) Peterson, D. Drew (Lisa) Peterson, and Darren S. (Julie) Peterson; and many nieces and nephews. Dale’s family would like to thank Dixie Regional Neuro Rehab, Coral Desert Rehab, Applegate Home Care and Hospice and the Cancer Center of St. George-Chemo and Radiation Departments, who served him and them during his illness. Dale will be interred in the West Weber Utah Cemetery. A private graveside service will be held for family and friends on November 8 at 11am and military honors will be performed. The family suggests that in lieu of flowers, donations be made to The American Cancer Society. Family and Friends are invited to share tributes online at www.serenitystg.com. Arrangements and memorial tree planting by Serenity Funeral Home of Southern Utah.

St. George, Utah &#8211; Dale S. Peterson, 67, passed away at his home in the afternoon hours of October 26, 2019, after a tough but courageous battle with cancer. Dale was born November 10, 1951, to Billie Fred Peterson and Margaret Delores... View Obituary & Service Information

The family of Dale S Peterson created this Life Tributes page to make it easy to share your memories.

Send flowers to the Peterson family.