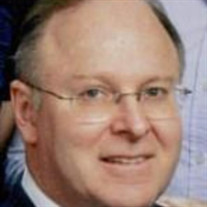 David Charles Boyd of Wrightwood, California, passed away suddenly in the evening of January 25, 2021. He was born July 10, 1951, to Everett Allen Boyd and Helen Gudmundsen in Alhambra, California. David was an optometrist by training, a teacher at heart, and a devoted disciple of Jesus Christ. Whether in the examination room, at Sunday School, at home, or on one of many cross-country road trips, David loved to impart knowledge of almost any topic to those around him. Conversations with David, always elevated yet enjoyable, might include interesting trivia, deep political theory, scientific observations, or profound insights about holy scripture. He relished the good things in life, from California beaches and sunsets to German food and language, and from classical music to the principles of freedom espoused in the founding documents of the United States of America. David spent his childhood and teenage years in Alhambra, California and graduated from Alhambra High School. As a young man, David served as a full-time missionary for the Church of Jesus Christ of Latter-day Saints in northern Germany for two years, during which time he developed a lasting love of the German people, language, and food. Following his mission, he completed undergraduate studies at Brigham Young University in Provo, Utah, followed by optometry school at Pacific University in Forest Grove, Oregon. He began practicing optometry in Salt Lake City, Utah. While living in Utah, he examined the eyes of Susan Weight. They fell in love and married on April 30, 1987, in the Manti Utah Temple of the Church of Jesus Christ. David and Susan enjoyed 34 years of marriage in Utah and Southern California. During their 31 years in California, David and Susan lived in San Gabriel, Arcadia, and Wrightwood. They were blessed with three daughters and one son. David was committed above all else to his family. He instilled in his children a love of learning, deep faith in the gospel of Jesus Christ, and a lasting sense of duty to God, country, and family. As a lifelong member of the Church of Jesus Christ of Latter-day Saints, David served with unassuming devotion in many different capacities, both official and otherwise, in the congregations of which he was a member. He was a member of the Las Flores and Huntington California Wards of the Church for much of his married life, enjoying long and fulfilling friendships with many of his fellow saints in those congregations. In the last few years of his life, he was equally involved in and fond of the Wrightwood California Ward and the people there. Perhaps his favorite opportunity to serve in the Church was the privilege he had of teaching adult Sunday School classes, an assignment he fulfilled with particular relish. He also enjoyed serving as ward mission leader, and was "ready always to give an answer to every man that asketh you a reason of the hope that is in you." In his professional life, Dr. Boyd was upright and highly professional in all his dealings with patients and others. His earnest desire was to give each patient a well-supported and well-explained diagnosis and prescription. His very nature rejected any temptation to make recommendations that would benefit him at the expense of his patients. He viewed his work as a service to his community, which he provided with both excellence and compassion for almost four decades. David’s innate goodness and zeal for life will be missed, but his family shares his firm conviction in the promise of Jesus Christ that “whosoever believeth in [Him] … shall have everlasting life,” and that “He will swallow up death in victory.” David is survived by his wife Susan; his daughters Emily King, Theresa Richards, Juliet Tate; his son Douglas Boyd; his older brother Richard Boyd; three sons-in-law; and four beloved grandchildren. David will be buried in St. George, Utah, on Monday, February 8. Details for a memorial service will be forthcoming. Family and friends are invited to share condolence online at www.SerentiyStg.com. Arrangements are under the direction of Serenity Funeral Home of Southern Utah, 435-986-9100.

David Charles Boyd of Wrightwood, California, passed away suddenly in the evening of January 25, 2021. He was born July 10, 1951, to Everett Allen Boyd and Helen Gudmundsen in Alhambra, California. David was an optometrist by training, a teacher... View Obituary & Service Information

The family of David Charles Boyd created this Life Tributes page to make it easy to share your memories.

Send flowers to the Boyd family.