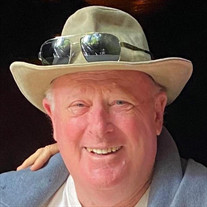 David Ellis Davis, “Dave” – A quick-witted jokester, great mentor and generous friend passed away on February 21, 2022, in Washington, UT. He was 74, born in Tampa FL. His parents were Barbara Belyea and Frederick Ruvian Davis. He married Catherine Brown on 10/29/05 in Contoocook, NH and they were sealed in the Kona, Hawai’i Temple on their 10th wedding anniversary. After graduation from South Portland High School, David obtained an associate degree in diesel electrics from Idaho State University. He lived in many cold climates including South Portland, ME, Chicago, IL, Pocatello, ID, Connecticut and Contoocook, NH. After a 40-year career as a professional truck driver he retired to Captain Cook, HI where it is sunny and 80 degrees year-round. In retirement he worked part time as a bicycle assembler. A devout member of the Church of Jesus Christ of Latter-day Saints, he served in many church callings, most recently as a temple ordinance worker, primary teacher, greeter, and youth Sunday School teacher. He earned a brown belt in Shaolin Kempo Karate in 2010. He was a people person and served many people on an individual basis, offering a helping hand to many in need. He especially enjoyed offering rides to church and temple. He had a strong testimony of the gospel and shared it often. He had a special love of the Book of Mormon and would read it every night. His favorite past-times included driving, social media to keep up with family happenings, studying the scriptures, and movies. David is survived by his wife, Catherine Brown of Captain Cook, HI, his 10 children from his first marriage to Claudia Darnielle: Christopher James Davis of Centerville, UT, Jennifer Lynn Davis-Brawn of Centerville, UT, Michael David Davis of Charlottesville, VA, Caleb Rufus Davis of Pocatello, ID, Camilla Marie Irish of Waterford, ME, Cassandra Jill Anderson of Danville, CA, Ebin Hall Davis of Porter, ME, Charles Fredrick Davis of Windham, ME, Lesley Damon Turnbull of Buxton, ME and Oliver Allen Davis of Porter, ME, 2 step-children from his second marriage to Stephanie Dow and 3 step-children from his marriage to Catherine Brown: Jacob Scott Herman of Portland, ME, Elijah Michael Herman of Northfield, NH and Andrew Bailey Herman of Concord, NH, 33 grandchildren and 1 great grandchild. He is survived by his sister, Colleen Irene Johnson of Huntington Beach, CA, his half-sister Deborah Mohler of Kokomo, IN and his half-brother Kevin Sconyers of Oldsmar, FL. He was preceded in death by his parents, his granddaughter Kayla Elizabeth Davis of Pocatello, ID, his second wife, Stephanie Dow and his half-sister Suzanne Shaffer of Logansport, IN. The family would like to thank Hospice of Kona, HI who assisted him to live well in his last weeks, Encompass Health Hospice of St. George, UT who helped him pass peacefully in his last days and Serenity Funeral Home of St. George, UT who kindly and considerately handled his cremation. In lieu of flowers the family requests that contributions be made to mission funds for his Sunday School students Devin Hildebrandt, Enna Hendrickson and/or Andrew Allred of the Ke’ei Ward. A memorial service will be held on 3/26/22 at the Ke'ei Ward Chapel (new white church between the Konawaena Lights in Kealakekua, HI Join Zoom Meeting https://us02web.zoom.us/j/87405469293?pwd=WjIxWHNNa1ZRa2sySkhmTzZDTzRKZz09 Meeting ID: 874 0546 9293, Passcode: 0HYYyd Tributes can be posted and information about his service are available at www.Serenity StG.com.

The family of David Ellis Davis created this Life Tributes page to make it easy to share your memories.

Send flowers to the Davis family.