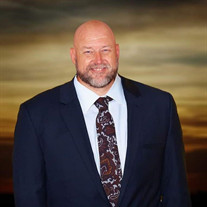 David Alan Taylor of Maricopa, AZ passed away on August 14th 2020 with the love of his life lying next to him, with his boys and family surrounding him. Dave was born on April 2, 1972 to Alan Lee Taylor and Lille Tipton Taylor in Lexington Maryland. David’s Dad was in the Army and so they lived all over but Dave was born on a Navy Base so his mother after having 4 girls and David being the first boy and the light of her life called him sailor boy. Dave went to many elementary schools due to military. David went to Peninsula High School in Washington where he played football. He served in the military in the Army branch 101 first Airborne where he was an Army Ranger. He did 130 plus jumps in his military career. He had many jobs, which he excelled in. He married the love of his life LaVon on November 27, 1999 in St George, Utah and they lived in Colorado Springs, CO. After getting married he met LaVon’s boss Jeff Johnson who gave him a chance to start a new career in Commercial Fire Alarms. He worked in Colorado and Arizona as a Fire Alarm Programmer/Tech where he excelled and enjoyed his career. He was a member of the Church of Jesus Christ of Latter-day Saints where he served in many callings. He loved working with the youth boys as a Boy Scout leader. He was also known in every ward as the baby whisperer he could get any baby to sleep he loved the babies. He loved football with all his heart, he started coaching his boys at a young age and continued coaching all the young kids in the community who all loved him and new him as Coach Dave. He loved watching his boys play high school football, track and wrestling and everyone knew in the stands that Dave was cheering for. He coached the young boys of his community up through high school and loved them all. He loved his six children and was there to support them in all that they wanted to do. Dave was a joker and loved to laugh in our family it was always who could scare the next person. Dave’s health was not always good but he always managed to work hard and smile through all the pain. He enjoyed people and loved to make friends He would say I never met a stranger just friends I haven’t met yet. He loved riding his Harley Davidson Motorcycles and everyone knew when he was coming. He was strong willed and determined to fight this battle of cancer, so he will go on in Heaven being are guardian angel, fighting for all us and waiting to see us all again. Dave is survived by his love LaVon and his children, Trenton Taylor, Breaelle (Cody), Eddington, Bethanie Taylor, Ashley Thorsby, Logan Taylor and Hunter Taylor. His six grandchildren, Jackson Taylor, Brylinn Eddington, Jordan Taylor, Grayson Eddington, Khylar Taylor, Carly Eddington. His Sisters Sherry Taylor, Debbie Day, Susan Davidson and Brother Sean Taylor. He is preceded in death by Father Alan Lee Taylor, His mother Lillie Mae Taylor, and his sister Dana Marie, and three nephews Darin, Sorin, Devin.

David Alan Taylor of Maricopa, AZ passed away on August 14th 2020 with the love of his life lying next to him, with his boys and family surrounding him. Dave was born on April 2, 1972 to Alan Lee Taylor and Lille Tipton Taylor in Lexington Maryland.... View Obituary & Service Information

The family of David Alan Taylor created this Life Tributes page to make it easy to share your memories.

Send flowers to the Taylor family.