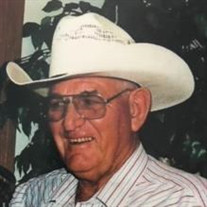 Our beloved son, husband, father, grandfather, and friend Donald B Rawlings passed away peacefully on April 11, 2019, in St George, UT, after a long battle with complications from an illness. He was born to John Arnold (Brigg) Rawlings and Hannah Cleo Barlow on August 16, 1934, in Centerfield, UT, and was raised in Orem, UT. Donald attended Lincoln High School and as a youth he worked beside his father to raise Arabian horses and attended to the family farm and orchards. The Rawlings Orchards were known throughout Utah Valley and Donald and his father drove a fruit truck and sold fresh fruit throughout the community. The Rawlings Orchards were some of the last orchards standing in Orem, UT and Donald took great pride in his family’s place in the community. Donald also had a job at Timp Drive-in where he ran the projectors at the local theater. On Jun 25, 1954, he married his sweetheart Jeannette Chamberlain of Provo, UT, in the Salt Lake City Temple. Together, they built their family home brick by brick where they adopted three children and raised their family. Donald and Jeannette loved, cared for, and mentored many throughout their community. Donald had an enormous heart and opened his home often to persons in need. Although he was not often found in the chapel, Donald held deep and abiding love and faith in God. He was the man who quietly cleared the ice and snow from church parking lots and neighbor’s driveways without being seen or asked. He was a devoted scout master and loved his boys dearly. He took them on kayaking and rafting trips and even taught them to build their own kayaks. Donald was a patriot who loved this country and was proud to have served in the United States Army from 1957 – 1959 as a welding instructor and was in the active reserve until 1963. While Donald never entered combat, he knew he was irreplaceable as an instructor as he prepared others to wield and repair weapons in the heat of battle. Donald was very involved in the growth and development of Utah Valley. He was called on many times by leaders and officials for council in land management and development concerns. In later years, he ran his own excavation and landscaping company. He had a great love for ‘dirt work’. A man of values and integrity, he believed in hard work and doing your best until the job was done. Throughout his life, Donald had a profound love for riding and raising horses and was a lifelong member of the Orem Riding Club. Having an adventurous spirit, he was a champion in cutting, barrel racing, and keyhole. Mentored by his father and grandfather, Donald raised beautiful Arabian horses and later cutting horses. For his efforts he won many awards and trophies and continued riding, competing, and placing well into his late seventies. In death as in life, our father continues to give by donating his body to aide and benefit others. Donald is preceded in death by his parents: John Arnold (Brigg) Rawlings; Hannah Cleo Barlow; and his son, Ryan Donald Rawlings. He is survived by: his loving wife of 65 years, Jeanette Chamberlain Rawlings; his daughters: Donnette Rawlings and Jerilyn Rawlings Porcaro; eight grandchildren: Heather (Brandon), Ashley, TyRell (Amanda), Austin, Stephen, Alex, Alyssa (Spencer), Emily; and five great-grandchildren: Connor, Kayla, Mason, Mia and Lily. Services will be held Monday, April 15, 2019, at the Spring Haven Ward Chapel at 2300 West 1500 North in Lehi, Utah. Family, friends and loved ones are invited to gather to share memories, laughter, tears, and photos before the services at 10 a.m. A memorial service will follow at 11.

Our beloved son, husband, father, grandfather, and friend Donald B Rawlings passed away peacefully on April 11, 2019, in St George, UT, after a long battle with complications from an illness. He was born to John Arnold (Brigg) Rawlings and Hannah... View Obituary & Service Information

The family of Donald B Rawlings created this Life Tributes page to make it easy to share your memories.

Send flowers to the Rawlings family.