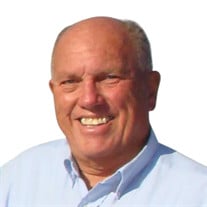 Douglas Harvey Shaw, age 80, passed away with a very aggressive brain cancer, at his home on June 7, 2022 (one day before his 81st birthday). He was born June 8, 1941, in Chewelah, Washington to Melvin F. Shaw and Miriam E. Willard. He lived his early years in Spokane, Washington where he graduated from Lewis and Clark High School. He was involved in sports and was very athletic but when a friend introduced him to the dance team, he found his love. He excelled in the sport and was chosen to join a popular dance team in the area that aired on a few TV programs. He was an outstanding dancer. Later he became interested in the R.O.T.C. program. Doug joined the US Navy soon after graduation. It was during peace time and he served a Good Will Tour with the Admiral and traveled the world. Just prior to joining the Navy, he was introduced to and embraced The Church of Jesus Christ of Latter-day Saints. He later stated that because of his commitment to his religion he was able to stay out of trouble that so many other sailors experienced, which played a huge part in earning the Sailor of the month award and other honors. In 1963 he received his honorable discharge papers. His hard work ethic, willingness to serve, and absolute honesty served him well then and now. Soon after returning home to Spokane, he chose to serve a mission for his church and was called to the Brazil South Mission where he served an honorable two and a half years teaching the gospel of Jesus Christ in the Portuguese language. He worked most of his life in the sales field as he loved meeting new people and making new friends. In 1977, he was living in Coeur d’Alene, Idaho and was set up on a blind date by Kim and Brenda Sanders, who later became family when he married Brenda’s sister, Alanea Jepson, on November 24, 1978, in the St. George UT Temple. They raised their five children; Chalene, Nathan, Lezlee, Marcus and Cameron in Hurricane, surrounded by many friends and family. Doug is preceded in death by his son Cameron, his parents Mel Shaw (Betty) Miriam Wolcott (Gerald) and his sister Gwendolyn Mason. Doug loves his children and beautiful grandchildren and is an amazing example of someone who lived a Christ like life. He will be greatly missed! The family would like to thank Intermountain Hospice Care Services for their personalized care, family and friends for their love and support and compassionate service given by the Washington Fields 10th ward as well as the Hurricane 2nd ward. Funeral services will be held on Friday June 10 at 11:00 am at The Church of Jesus Christ of Latter-day Saints, 155 E 1050 N Hurricane, Utah. Viewings will be held Thursday, June 9, from 6:00 – 8:00 pm and Friday, June 10, from 9:00 a.m. – 10:45 a.m. at the same location. Interment will be held at the Hurricane City Cemetery. Military Honors provided by the American Legion. Join Zoom Meeting https://us06web.zoom.us/j/86349442839?pwd=NXBsbnpWRUUwOXUvSGVuQmRReU52UT09 Meeting ID: 863 4944 2839 Passcode: 489770 Family and friends are invited to share tributes online. Arrangements and memorial tree planting by Serenity Funeral Home of Southern Utah, 435-986-9100.

Douglas Harvey Shaw, age 80, passed away with a very aggressive brain cancer, at his home on June 7, 2022 (one day before his 81st birthday). He was born June 8, 1941, in Chewelah, Washington to Melvin F. Shaw and Miriam E. Willard. He lived... View Obituary & Service Information

The family of Douglas Harvey Shaw created this Life Tributes page to make it easy to share your memories.

Douglas Harvey Shaw, age 80, passed away with a very aggressive...

Send flowers to the Shaw family.