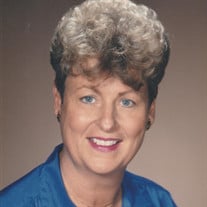 E. Irene (Clark) Monk of Saint George, Utah, died August 13, 2019, following a short illness. Burial will be at Aspen Hill Cemetery in Jackson Hole, Wyoming, at a later date. Irene was born May 22, 1934, in Colorado Springs, Colorado. She grew up on sheep ranch near Shoshoni, Wyoming. She graduated from Shoshoni High School and attended the University of Wyoming. She met the love of her life Larry R. Monk in Casper, Wyoming, and they were married June 12, 1958. Two sons were born to Larry and Irene in Casper, Wyoming, Steven and Randall. In 1964 Irene and Larry moved to Jackson Hole, Wyoming, and made her home there for almost 40 years. In 1993 Irene and Larry sold their property in Jackson Hole and retired to Tucson, Arizona, in the winters and Buffalo, Wyoming, in the summers. Eventually the travels between Buffalo and Tucson were too great and they finally landed in St. George, Utah, permanently, to be closer to many of their retired friends. Irene Monk was preceded in death by her parents William O and Jeanette Clark, her son Steven Monk, and her husband Larry Monk. She is survived by her son Randall J. Monk.

The family of E. Irene Monk created this Life Tributes page to make it easy to share your memories.

Send flowers to the Monk family.