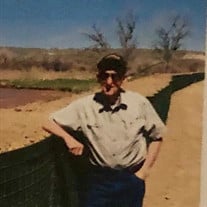 Edward Steven Kimber (Steve), 83, a longtime resident of Lander Wyoming and later St. George, Utah passed away on Monday, September 16, 2019, at his home in Sun River, Utah surrounded by family. Steve was born in Provo, Utah on August 9, 1936, to John Martin Kimber (Mart) and Mary Lauretta (Yancey) Kimber. Steve was named after his dad’s father, who after four daughters, was delighted to have a boy to carry on the family name. Steve married Carolyn Ann Barrus of Idaho on May 4, 1962. Carol and Steve then relocated to Lander, Wyoming to begin their new life together where they raised three beautiful children: Tess, Susan, and Jeff. The couple enjoyed close to fifty-four years together. Carol preceded Steve in death on April 3, 2015; which years earlier had been the same day that his father, Mart, had died. On September 18, 2017 he married Linda Hartfield of S. George, Utah who became a special addition to the family. Steve was raised in Provo, Utah. Then resided in Lander, Wyoming, and St. George, Utah in his later years. In Lander, Steve worked as an Electrical Foreman at the US Steel Mine from 1962 until it closed in 1984. He also owned and operated Kimber Communications in Lander and was the Lander Huntfield Airport Manager for years. Steve, W7VEW, and Carol, K7WUR, were well known as Amateur Radio operators, and had many friends in the valley, establishing a club in Lander, which became instrumental in helping others to obtain their license. Steve had many hobbies and interests and always kept busy tinkering with something. He enjoyed gardening, fishing, rock hunting, making planes out of soda cans, working on emergency preparedness kits, inventing, and most of all, tracking his kid’s whereabouts and mentoring his grandchildren. Steve was well known for his creative genius and received numerous awards through the years. Steve was an intelligent, creative, generous, completely involved, fun-loving husband, father, grandfather, and friend who will be greatly missed. Steve is survived by his loving wife, Linda Kimber of St. George, Utah; daughters Tess Kimber of San Diego, California; Susan (Doug) DuBois of Park City, Utah; and son Jeff (Christy) Kimber of Lander, Wyoming; Grandchildren Spenser (Courtney) DuBois, Greg DuBois, and Bridger Kimber; and great grandchildren Nash and Harlow DuBois. Steve was preceded in death by his father John Martin Kimber, mother Mary Lauretta (Yancey) Kimber, sisters Geniel, Bettie, Lois and Louise (twins), and first wife Carol. According to Steve’s wishes, cremation has taken place. There will be a celebration of life on October 18, 2019 at 2pm at the Church of Latter-Day Saints in St. George, Utah.

The family of Edward Steven Kimber created this Life Tributes page to make it easy to share your memories.

Send flowers to the Kimber family.