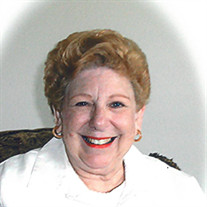 Evelyn Judd Auldridge Bornstein passed away on February 24, 2022 at the age of 84 in St. George, UT of natural causes. She was born August 18, 1937 in Burley, ID to Alonzo and Sarah Verveen Judd (d) Married to Max “Jerry” Earnest Auldridge(D) 1957, Meyer “Mike” Ellis Bornstein (D)1978. Evelyn was number 8 of 10 children born to Alonzo and Sarah Judd. Evelyn spent her early years in Idaho and as a teen, she and her family moved to Saratoga California where she spent her high school years at Campbell Union High School. One of her many passions was all forms of dance and modern dance being her favorite. She performed, created and taught all forms of dance during these years and beyond. After High School, she attended BYU. She returned back to California met and married Married Max Earnest Auldridge(D) 1957. They settled in San Jose California for 18 years before his death in 1975. They had 3 children Mark Earnest Auldridge (D) Monique Suzanne Auldridge Kisting and Jeffrey Eric Auldridge. Her next adventure began when she married Meyer “Mike” Ellis Bornstein (D) in 1978. They enjoyed 19 years together traveling and eventually retired to St. George, UT. Mike golfed and gardened while Evelyn began her 25 year career in real estate. She had many accomplishments including being the state of Utah of the board of realtors for Washington County. Evelyn was an active member of the LDS church and was married in the Los Angeles temple 1957. She was passionate in her callings over the years including Relief Society president, early morning seminary teacher and spent many years as a gospel doctor in teacher. She is survived by her brother James Earl Judd, children, Monique Kisting and Jeffrey Auldridge (Tamra), 7 grandchildren; Morgan, Skyler, Sierra(Chase), Joel Kisting, Chad, Tyler and Jacob. Evelyn also had 6 great grandchildren, Sydasya, Hari, Ava Dawn, Ryu, Liam and Teagan. The family would like to thank Encompass Hospice, Kind Hearts, and the staff at Sterling Court Assisted Living for the excellent care, compassion and a willingness to go above and beyond for Evelyn’s wellbeing. The family would like to extend invitation and invite all who knew and loved Evelyn and her family, to join them to celebrate her life at Serenity Funeral Home 1316 S. 400 E., St. George, Utah 84790 on March 4, 2022 at 11:00 am viewing, 12:00 pm services. Interment will be held at St. George City Cemetery at 1:30 pm. Join Zoom Meeting https://us06web.zoom.us/j/87167848141?pwd=VUpFdFhDS0w0d2syV0toTlkxZ0NqZz09 Meeting ID: 871 6784 8141 Passcode: 766152

The family of Evelyn Judd Auldridge Bornstein created this Life Tributes page to make it easy to share your memories.

Send flowers to the Bornstein family.