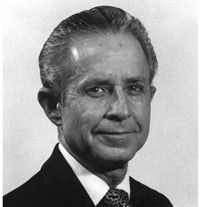 Floyd LeRoy Waite, 103, passed away on December 28, 2021, in St. George, UT. He was born in Bunkerville, Nevada on March 17, 1918, to Jesse Leroy Waite and Martha Lucina Bowman Waite. He is the second of seven children. He married Eleanor Leavitt in the Logan Temple on July 29, 1937. They had four children – Geraldine Bushnell (Reverend William Bushnell), Dennis Waite (Patricia), David Waite (Pamela), and Linda Christensen (Paul Christensen). He is survived by his younger brother Orley Waite, his children, 22 grandchildren, 65 great-grandchildren, and 23 great-great-grandchildren. His grandsons Mark Steven and Scott Waite also precede him in death. Floyd was very active in sports most of his life. Growing up in Bunkerville he played baseball, basketball, and he boxed. At one point he was invited to box at Madison Square Garden in New York City but turned it down. He told his dad he had moved on with his life. In later years he played tennis and participated in the Senior Olympic Games in St. George, Utah for several years. His events included tennis, long jump, high jump, discus, and javelin. He won several gold medals and still has a few records that remain unbroken. Floyd graduated from Virgin Valley High School in May 1936. He attended the Utah School of Beauty Culture in Salt Lake City, Utah graduating in December 1936. He then opened a beauty shop in Las Vegas, Nevada. He joined the Navy in October 1944 and was honorably released in September 1945. He attended the School of Cosmetology in California and studied electrolysis. He passed the board in 1947 and was licensed as an electrologist. He was a member of the American Electrolysis Association. He served on the Nevada State Board of Cosmetology for several years and owned and operated his own business in Las Vegas, Nevada until he retired. Floyd and Eleanor moved to St. George, Utah in 1980. Floyd was very active in the Church of Jesus Christ of Latter-Day Saints. He held many positions including teacher, ward clerk, stake missionary, counselor in the bishopric, high priest group leader, ward missionary, and temple worker. Funeral services will be held Saturday, January 15, 2022, at 11:00 a.m. at the St. George Stake Center located at 591 West 500 North, St. George, UT. There will be a viewing prior to services from 9:30 to 10:30 am. Interment with military honors will follow at the St. George City Cemetery. Funeral Services will be available Live Stream via Zoom at: https://us06web.zoom.us/j/83282918824?pwd=OXU1U2Vmbno3UHpNR3hMRjJZY2EvQT09 Meeting ID: 832 8291 8824 Passcode: 007098. Funeral arrangements and memorial tree planting are under the direction of Serenity Funeral Home of Southern Utah, 986-9100.

Floyd LeRoy Waite, 103, passed away on December 28, 2021, in St. George, UT. He was born in Bunkerville, Nevada on March 17, 1918, to Jesse Leroy Waite and Martha Lucina Bowman Waite. He is the second of seven children. He married Eleanor Leavitt... View Obituary & Service Information

The family of Floyd LeRoy Waite created this Life Tributes page to make it easy to share your memories.

Send flowers to the Waite family.