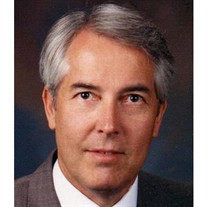 Francis Jene Hedquist, age 86, passed away Saturday morning, March 2, 2019, in St. George, Utah, following a short illness. He was born December 16, 1932, in Provo, Utah, the oldest child of Ralph and Helen Hedquist. He married Janice Christensen in the Logan Utah Temple on December 27, 1962. They enjoyed many wonderful experiences over 56 years of marriage. Francis grew up in Provo, American Fork, and Salt Lake City, Utah. He was raised in a loving family and had a strong bond with his dear parents and his brother Steven. He was drafted into the U.S. Army in 1953 and served in Germany for two years. He soon returned to Germany to serve as a missionary. After coming home, he continued his education at the University of Utah and Brigham Young University. He graduated with a Ph.D. in Clinical Psychology from BYU in 1967. In his career, he was a dedicated educator and counselor. He taught university level classes in the states of Ohio, Illinois, and California. He was the original psychologist for the Betty Ford Center and the Eisenhower Medical Center in Rancho Mirage, California. He also served as a City Commissioner in Rancho Mirage. Through many years, including his work in Utah, Francis helped improve the lives of countless people. His choice to settle in the California desert had a lasting impact on his family’s legacy—as this environment shaped memories, friendships, and experiences. Moving to Alpine, Utah brought even more friendships, formed among the beautiful mountainous views. The decision to retire in St. George was largely due to his desire to return to the warm sunshine, in which he loved to be outside gardening and working in the yard. Francis was devoted to his faith, having served in leadership positions for The Church of Jesus Christ of Latter-day Saints, including bishop. He had a deep conviction and strong testimony of the restored gospel of Jesus Christ and loved to share his witness of these truths with others. Many cherished friendships and love for social activities were characteristic of Francis. He also enjoyed exercising, swimming, playing tennis, and watching sports. He was deeply moved by beautiful music and loved sharing this interest with those around him. His courage, strength, and patience through many years of battling health challenges were an inspiration to all who knew him. Francis was a wonderful man with a passion for life and he will be missed greatly. … We’re grateful for your character, faith, devotion, tenderness, example, and the goodness of your life and love for each of us. We will be together again! Francis is survived by his wife, Janice; his five children, Mark L. Hedquist (Autasia), O’Fallon, Missouri; Alan S. Hedquist (Gaylene), Boise, Idaho; Lisa Dobbins (David), Herriman, Utah; Brent C. Hedquist (Amy), Kingsville, Texas; Daniel K. Hedquist, St. George, Utah; fourteen grandchildren; along with his brother Steven A. Hedquist, Layton, Utah. Funeral service, Saturday, March 9, 2019, at 1 p.m., at the Bloomington LDS Church; 3519 Manzanita Road, St. George, Utah. Interment, Monday, March 11, 2019, 11 a.m., at Larkin Sunset Gardens, Sandy, Utah.

The family of Francis Jene Hedquist created this Life Tributes page to make it easy to share your memories.

Send flowers to the Hedquist family.