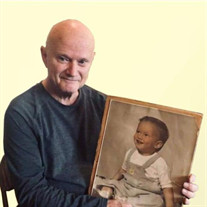 Fredrick Ephraim Bjorklund, age 73, passed away on April 21st, 2022, in St. George Utah. Fred was born in Salt Lake City on December 2nd, 1948, to Bryant Elwyn and Gladys Brooker Bjorklund. He was married to Kathleen Nara on March 21st, 1970. Fred was raised in Southern California. He earned his degree in Anthropology from Cal State Northridge, which led to his love for all things about nature. In 1976, Fred and Kathy moved to Salt Lake City, UT, where they raised their family until 1996, when they settled in St. George, Utah. Fred always worked hard to support his family. He had a long career at Sara Lee Baking Company. Fred had a special love for astronomy, and he loved studying the universe. Fred loved being outdoors exploring with his family and grandkids. He loved having thought provoking conversations and encouraging his loved ones to consider different perspectives. Fred is survived by his wife, Kathy, of 52 years, brother David (Lori), sister Leslie (Tony); 4 children; Stephanie (Mike), David (Michelle), Amanda (Aaron), and Kaylene (Curt), and 18 grandchildren; Michael (Brylee), Tristen, Noah, Kaitlyn, Jaxon, Ashton, Mason, Ayden, Blake, Andrew, Hunter, Tyler, Lincoln, Luke, Krew, Taylor, Farrah, and Remington. He was preceded in death by his parents and his brother, Patrick. Fred was a passionate warrior for humanity. He believed that all of God’s children are created equal, and that all people deserve the right to live well and to provide for their families. Fred also loved to be athletic. Running was important to him, and he ran the St. George Marathon at 34 years old. Some of our favorite memories of him include watching him take care of the snakes he caught while out in nature (his wife didn’t love that as much), going to get malts and donuts, listening to him sing Unchained Melody and What a Wonderful World, and watching Rustler’s Rhapsody, the Three Stooges, and the Simpson’s with him. The family would like to thank the wonderful employees at Seasons Health and Rehab, and Dixie Hospice. In lieu of flowers, please donate to the Alzheimer's Foundation. Alzheimer’s Disease slowly stole Fred from us starting 13 years ago. He fought valiantly against it and did not go gently into his last goodnight. A private service and interment will be held at Tonaquint Cremation Garden in St. George.

The family of Fredrick Ephraim Bjorklund created this Life Tributes page to make it easy to share your memories.

Send flowers to the Bjorklund family.