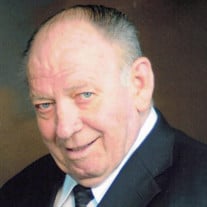 Gail Barton Jackson passed away on March 12th in St. George, Utah after a long and courageous battle with multiple illnesses. He was 81 years old. Gail was born in 1940 to Wilder and Mildred Jackson at his family home in Richfield, Utah. He was the youngest of five sons and spent his childhood learning to hunt and fish, as well as developing a strong work ethic he would be known for the rest of his life. While still a youngster, he helped his brother Frank with running the family motel while their father served a mission for the LDS church. Family vacations gave him a lifelong love of traveling and he was able to visit nearly every state in the union throughout his life. While growing up in Richfield, he played many sports and was a natural athlete. He was proud and spoke fondly of his time playing baseball at Richfield High School. As a teenager during his summers, he spent time working at such places as the Bowery Haven at Fish Lake and later on at the sawmill on Beaver Mountain. His time at Bowery Haven was spoken of often throughout his life, as he enjoyed it greatly. After high school, Gail attended Utah State University. He also worked for his brother Frank in Las Vegas where he learned the service station business, before enlisting in the Army. He served honorably and was able to see much of Western Europe while stationed there. One of the standout memories of his time in West Germany was the inspection of his company by President John F. Kennedy. During his time in West Germany Gail also met the love of his life, Rose. After his discharge from the service, they were married and started a family together. Soon after their marriage, Gail began his business career when he purchased his first service station in Moab, Utah. He would go on to purchase several more over the years and spent the majority of his career in Barstow, California. All of his children spent much of their youth working at his Barstow service station while they grew up. He instilled a strong work ethic in each of them, teaching many important life lessons and skills along the way. Gail always knew how to have fun and enjoy himself. He had many friends in the community and continued to enjoy hunting and fishing with them as well as his son Stephen. Gail loved to be outside and frequently took his children along with their dogs out to explore the desert and any area he happened to be visiting. Later on, he enjoyed riding motorcycles in the desert along with his sons Mike and Stephen. He would get excited at the sight of any deer or wild animal and wanted everyone with him to enjoy the sight as well. Games such as chess and cards were always on the agenda when the grandchildren were visiting. He passed his love of crossword puzzles on to his daughter Betsie, and always looked forward to completing them with her. Upon his retirement, Gail returned to Utah to be closer to his children, grandchildren, and brothers. It was at this time that he became active in The Church of Jesus Christ of Latter-Day Saints and worked very hard to live his religion. He held many callings over the years and enjoyed helping others as much as possible. Gail and Rose were sealed in the Temple and continued to attend together often. Gail enjoyed his life and was able to live it on his own terms. He lived his life with determination and grit. He always conducted his business honestly. In the final years of his life, that same determination and grit would be used to fight the multiple illnesses he suffered. He worked to instill these same values in his children. Gail always spoke of his love and admiration for his wife and how much she enriched his life. Gail leaves behind his wife of nearly 56 years Rose, his children Betsie (Jeff), Stephen, and Mike, his brothers Frank (Patsy) and Sterling, and 10 grandchildren. He was preceded in death by his brothers Dean (Diana), and Douglas as well as his sister in-law Lucile. A viewing will be held Saturday, March 20th at 10am, followed by funeral services at Noon. Services will be held at the The Church of Jesus Christ of Latter-day Saints at 70 South, 300 West in La Verkin, Utah.

Gail Barton Jackson passed away on March 12th in St. George, Utah after a long and courageous battle with multiple illnesses. He was 81 years old. Gail was born in 1940 to Wilder and Mildred Jackson at his family home in Richfield, Utah. He... View Obituary & Service Information

The family of Gail Barton Jackson created this Life Tributes page to make it easy to share your memories.

Send flowers to the Jackson family.