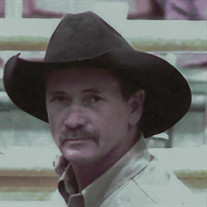 Gary Joe Laswell Sr., 72, of New Harmony, Utah, passed away on March 24, 2021. Gary was born in Henderson, NV to Ilene and Ralph Laswell on April 12, 1948. His childhood was special, having grown up at the old Cashman Field helping his dad maintain the grounds. He graduated in 1966 from Rancho High School in Las Vegas and played on the baseball team. During his young adult years, Gary competed in SNORE off road racing where he raced through the desert in his jeep. He went to Dumont Dunes Hill Climbing competitions. Gary married his beloved wife of 38 years, Mary Brennan of Boulder City, NV. Their love of horses, rodeo and the Lord brought them together. Gary worked as a Heavy Diesel Mechanic for Clark County for 32 years. In his later years, Gary was a member of the National Senior Pro Rodeo as a bull rider. He qualified several times for the NSPRA Finals. He competed in 1998 in Reno, Nevada where he won the fourth round. Many would say he never met a stranger. His wit and sense of humor made many have a good chuckle everytime they ran into him. He served as a greeter in his church, and was a great person to welcome people into the house of the Lord. Gary served as a leader in the Fellowship of Christian Cowboys where he led many young cowboys to gain their own love of Jesus. He also helped with Rodeo Bible Camps. Because of his love of people, Gary also served as a volunteer firefighter for the Harmony Valley Fire District for for 14 years. Not only was he an excellent firefighter, but his extensive knowledge of diesel engines was a huge blessing for all. He maintained the engines and kept them running smooth. Gary is preceded in death by his father Ralph Laswell and his mother Ilene Laswell. Gary is survived by his loving wife Mary Laswell of New Harmony UT, and by his children Shawn Marie Laswell of Southe Carolina, Gary Laswell Jr. and wife Bridget Laswell of Las Vegas; his sister Diane Weir and husband Larry Weir of Henderson, NV; beloved grandchildren Alexandra Laswell, Chance Laswell, and Layne Laswell; and precious great-grandchildren Alayna Lovell and Colton Lovell. Memorials may be given to the Fellowship of Christian Cowboys Donate Online Funeral services will be held at 1:00 on Saturday, April 3, 2021 at Sonrise Christian Church at 6843 W 1800 N Cedar City, Utah. A reception with dinner served will take place at Iron Springs Resort in Cedar City, Utah.

Gary Joe Laswell Sr., 72, of New Harmony, Utah, passed away on March 24, 2021. Gary was born in Henderson, NV to Ilene and Ralph Laswell on April 12, 1948. His childhood was special, having grown up at the old Cashman Field helping his dad maintain... View Obituary & Service Information

The family of Gary Joe Laswell Sr. created this Life Tributes page to make it easy to share your memories.

Send flowers to the Laswell family.