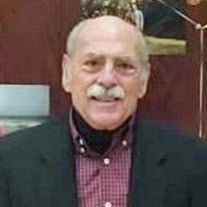 On June 16th, 2020 our husband and father George Richard Sant (Rick) passed away surrounded by his family. Rick was born December 13, 1937 in Los Angeles, California at the Good Samaritan hospital to Geroge Roscoe Sant and Nell Hibbert Sant. He grew up in the La Canada/Pasadena, California area. He enjoyed playing many sports at John Muir High School, lettering in both Football and Baseball. After graduating in 1955 he attended BYU for 2 years before going on a mission for the Church of Jesus Christ of Latter Day Saints. He served in the Southern States mission from 1958 – 1960. Upon returning from his mission he went back to BYU where he met his companion of 60 years Connie Rae Tippetts. They were married on August 24th 1960 in the Cardston, Alberta Temple. He graduated from BYU in 1962 and then went to work with his father in the building business. Rick also served in the air force reserves from 1962-1968. Rick was a 3rd generation builder in Southern California. He worked for the McCarthy Company, Sant Construction Company, and Sant Pacific Co. He has been lucky enough to have worked with both his father as well as his son in his different construction companies. He worked on numerous building projects throughout Southern California from 1962-1992. In fact, scattered throughout the area are streets named after all of his children. Rick was a very respected builder and businessman in Southern California as well as the St. George area where in 1992 he moved his construction company. In Southern Utah he was an active member of the Southern Utah Home Builders Association and participated in nine Parade of Homes in St. George. He was instrumental to the creation of what is now known as the Coral Canyon Golf Course community as well as the Sky Mountain Golf Course community in Hurricane. Since his “retirement” in 2003, he has been working on an extensive development in the historic Silver Reef area. Anyone who has worked with Rick will tell you of his incredible work ethic and honesty in business. He had the pleasure to work with many associates that he has great respect for and in turn have great respect for him. Our dad’s most prized possession was his testimony of the restored gospel of Jesus Christ and his membership in the Church of Jesus Christ of Latter Day Saints. After serving his mission in the Southern States mission he went on to serve in many capacities, a few being Young Men President, Elder’s Quorum president, seminary teacher, Bishop, and Stake High Counselor. He was very active in family history and loved doing temple work. He felt a great responsibility to get temple work done. Even when he wasn’t able to attend the temple he continued to do family history work through indexing. He also blessed his family by writing 3 volumes of family history which are invaluable. They span from 1827 – present. Rick loved his family and they love him! He is survived by his wife Connie and sisters Sharyn (Brent) Brown and Marynell (Bryant) Horne. Rick and Connie had 5 children – Greg (Kelly) Sant of Utah, Darren Sant of Utah, Jeff (Sarah) Sant of Texas, Stephanie (Sean) Petersen of Utah and Melissa (Troy) Kattenhorn of California. They are also blessed to have 17 grandchildren and 9 great-grandchildren. He was a great believer, along with his wife, that creating memories as a family was very important. We made many happy memories at the beach in Southern California, at our cabin in Lake Arrowhead waterskiing, snow skiing in California and Utah as well as participating and watching all sports. We remember great vacations as a family to many locations throughout our lives. Rick had a great sense of humor and felt that bringing a sense of levity into everyday life was important. Needless to say, we will miss our wonderful husband, father, brother, grandfather, uncle and friend. He was an exceptional example of what Christ like love is to all who knew him. A Family Graveside service will be held Friday, June 19, 2020 at 9:30 a.m. at Tonaquint Cemetery.

The family of George Richard Sant created this Life Tributes page to make it easy to share your memories.

Send flowers to the Sant family.