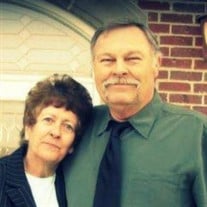 James Daniel Brogan, born October 11th 1944 to Althea & James Brogan, passed peacefully October 7th 2020. It doesn’t matter if you knew him by Jim, James, Dan, or Danny – you knew you had a true friend. His sense of humor and jovial nature was always mentioned by anyone who came in contact with him. His life was anything but boring. Dad did many different things throughout his life from serving as a medic in the Army during the Vietnam war; to managing and maintaining hotels, apartments, and other buildings. I think his fondest working memories were running restaurants with his brother in laws. Prior to leaving for the military, he became a father to three sons, Roger, Lynn & Tim. Although the circumstances weren’t ideal he spoke of them often and loved them deeply. It was one of his greatest joys to be reunited with them later in life. At 25 he met the love of his life, Bernice Conley. To everyone’s disapproval they married 2 weeks later and enjoyed 48 years of love before she unexpectedly passed in 2017. The pair were inseparable and they had many great adventures throughout the years. The one thing they loved the most were being parents (I truly believe being unable to be with his sons drove this). They fostered many children and many who know them will say they were treated and loved as if they were their own child. After many years of infertility and 5 miscarriages they finally (at age 39) welcomed their baby girl into the world. They named me Danie’l – for that I’ll forever confuse people and have to explain (Thanks parents!). 16 years later I met Chad Survis, who ended up being one of their favorite people in this world. Together we were able to give my parents two of the most amazing grandchildren Jadon Dade & Alison Juliette. Being a parent was amazing to them until they experienced being grandparents, that was a whole new level of joy for both of them. My dad was a great son, brother, father, grandfather, cousin, uncle and friend to so many. You all know who you are and I hope you know how much you each meant to him. He really did love his family and would do anything for any of us. To my brothers and my nieces, I am deeply sorry you missed so many years with him. I really wish we could have shared these memories and made more. I want to extend a thank you to my brothers, cousins, friends and family that have been supportive through this and to Mikayla, his nurse while in ICU, who was with me during the most difficult moments & decisions. And a very special thank you to Chad for being a son to my parents even when I wasn’t around. A virtual celebration will be held on his birthday 10-11-2020. Details to follow.

The family of James Daniel Brogan created this Life Tributes page to make it easy to share your memories.

Send flowers to the Brogan family.