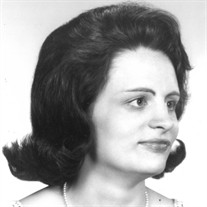 Santa Clara, UT – Jeannette Pye Bates,78, passed away on July 17, 2021, in St. George, UT. Jeannette was born to Lt. Commander John Briscoe Pye and Marjorie Wallace in Coronado, California on October 7, 1942. She married James David Bates in the Los Angeles Temple of the Church of Jesus Christ of Latter-Day Saints on July 30, 1966. Jeannette was raised in Coronado, CA, among her Navy community peers. Her Father, Lieutenant Commander John Briscoe Pye, was killed in the submarine U.S.S Swordfish off the coast of Okinawa on January 29, 1945 during the last phase of World War II. On October 8, 1948, Jeannette’s mother, Marjorie Marie Wallace remarried to another Navy officer, William Knox Blair, on October 8, 1948. Her step-father William adopted Jeannette and her younger sister, Nancy Anne Pye. Jeannette joined The Church of Jesus Christ of Latter-Day Saints at age 19 and served in numerous positions in church service throughout her life. Jeannette was an avid student and loved learning. She graduated with a bachelor’s degree in English and she obtained a master’s degree in English composition and a earned a second master’s degree in reading. She earned all of her degrees from California State University, Bakersfield. Professor Jeannette Bates taught as an adjunct faculty member at Bakersfield community college and California State University, Bakersfield. She later taught as both an in-class and on-line professor for National University. Jeannette loved reading, teaching, doing family history, flowers, birds and her beloved cats, but most passionately, she loved her family. Jeannette is survived by: her husband, James David Bates; and children, Anne Jeannette Havens of St. George, Utah, Ruby Kathleen Bolton Mansel, and her husband, William Mansel of The Woodlands, Texas, James Stewart Bates and his wife, Seiko Bates, of Paradise Valley, Arizona, Marjorie Marie Snyder and her husband, Michael Snyder, of Geneseo, Illinois, and John David Bates of St. George, Utah; Jeannette is also survived by twenty grandchildren; 4 great-grandchildren; and are expecting two more grand-children; She is also survived by her brother, William Knox Blair Jr, of Marcola, Oregon; and her sister, Mairi Blair Carlington of Travers City, Michigan. Jeannette was preceded in death by; her parents; and her sister, Nancy Anne Pye Blair. The family would like to thank the nurses, medical and support staff of St. George Regional Hospital and Advanced Health Care of St. George for the kind and devoted care they provided to Jeannette and for the support that the Third Ward of the Santa Clara Stake has provided to her family during this sad time. Funeral services will be held Friday, July 23, 202,1 at 11:00 am, at the Santa Clara 3rd Ward Church of Jesus Christ of Latter-Day Saints, 3680 Pioneer Parkway, Santa Clara, UT. A visitation will be held prior to the services from 9:30 to 10:30 am, also at the chapel. Interment will be held at the Santa Clara City Cemetery. Family and friends are invited to share condolences online at www.SerenityStG.com. Arrangements are under the direction of Serenity Funeral Home of Southern Utah, 435-986-9100.

The family of Jeannette Elliott Bates created this Life Tributes page to make it easy to share your memories.

Send flowers to the Bates family.