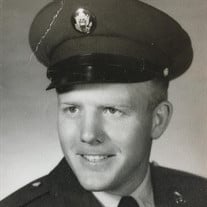 Washington, Utah – Jerry Lee Gummow, 85, passed away March 15, 2022. He was born on February 17, 1937, to Chancellor and Elizabeth Gummow in Burley, Idaho. Jerry grew up in Burley, Idaho. He had many adventures with stories to go with them. He delivered furniture as soon as he was able to drive which turned into an upholstery business. He was called to serve a church mission for The Church of Jesus Christ of Latter-Day Saints in the Texas/New Mexico Spanish speaking area. Jerry served his country in the United States Army National Guard. Jerry went to Rick’s college in Rexburg, Idaho where he met & married Karen Huskinson. Jerry spent most of his working life proudly as a manager of Ore-Ida potato processing plant in Burley, Idaho. Jerry also owned a pawn shop, drove on the salt flats for road construction, truck driver for England, carpet installer, & he worked the roads in Yellowstone National Park as well as a firefighter there. He traveled all over with having Burley, Idaho being his home where 4 of his children lived until he moved to Washington, Utah in 2016 to be with his other 4 children. Jerry is survived by his children James (Teresa), Michael (Teresa), twins Kalvin & Kevin (Patricia), Chancellor (Linda), Eric (Jolynn), Melinda, Zachary (Jennifer); 27 Grandchildren & 27 Great-Grandchildren; siblings Gladys Johnson, Fred (Harriet), Olive Phillips. Jerry is preceded in death by his parents Chancellor & Elizabeth; sisters Deloris & Edith; brothers Vern & Floyd. The family would love to thank Seasons Healthcare and Rehabilitation for their wonderful nurses & staff. They became like family to Jerry as well as the other residents. Jerry was full of life & still fighting until he passed away in his sleep. The love, support, & kindness Seasons offered is truly priceless. We will be forever grateful. We would also love to thank Serenity Funeral Home for their devotion to our family and respecting our loved ones wants and needs. A funeral/memorial service will be held July 9, 2022, in Southern Idaho. Location and time TBD.

Washington, Utah &#8211; Jerry Lee Gummow, 85, passed away March 15, 2022. He was born on February 17, 1937, to Chancellor and Elizabeth Gummow in Burley, Idaho. Jerry grew up in Burley, Idaho. He had many adventures with stories to go with... View Obituary & Service Information

The family of Jerry Lee Gummow created this Life Tributes page to make it easy to share your memories.

Send flowers to the Gummow family.