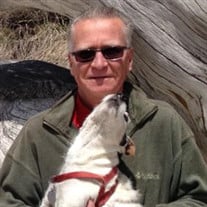 Jonathan Charles Jennings was born July 17, 1951, in Crosby, North Dakota to Willis C. and Elaine M. Jennings. Their second child, Jonathan joined sister Robyn, and brothers Jeremy and Joel followed. The family moved to Devils Lake, North Dakota in 1957. As a teen, Johnathan bought and rebuilt a 1949 Ford truck, which he painted metallic blue and would proudly drive up and down Main Street. Upon graduation from high school, he attended University of North Dakota in Grand Forks, North Dakota. After graduating from university with a bachelor’s degree in history, he carried the love of reading, history, and politics through the remainder of his life. He faithfully read to his children at bedtime and could often be found enjoying a book in one of his favorite chairs. He moved to Montana in 1976 and started his own construction company. His goal with each home was to build it plumb and true, a house that would last one hundred years. After he retired from building, he lived on the shore of Hebgen Lake near West Yellowstone, Montana. He recently moved to St. George, Utah to experience a more temperate climate. He loved to share the great outdoors with friends and family. Camping on lake shores, skipping stones, canoeing, fishing, skiing and hiking, he taught his kids to be stewards of the Earth. This stewardship took many forms including planting hundreds of trees during his lifetime. In his honor, trees have been planted in both Bozeman, Montana and the Dixie National Forest of southern Utah. Jonathan passed away peacefully on the night of August 23, 2019, in St. George, Utah. He is survived by his mother and step-father Elaine and Paul Putnam, sister Robyn Jennings and his three children: Peter Ore, Rachel Jennings, and Ian Jennings. He is preceded in death by his father Willis and brothers Jeremy and Joel. No service is planned at this time. It was Jonathan’s request to be buried at the Sunset Hills Cemetery in Bozeman, MT. His children dutifully honor these last wishes.

The family of Jonathan Charles Jennings created this Life Tributes page to make it easy to share your memories.

Send flowers to the Jennings family.