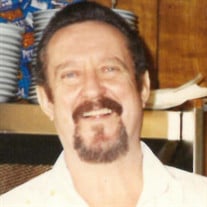 St George, UT – Joseph Eugene Baird of St George, UT, was born to Joseph Baird and Erma Hadley Baird on November 13, 1937 in Provo, UT. He died on October 27, 2018, at the age of 80. His wife Saundra Gaudio Baird was by his side as he peacefully passed. They were married December 31, 1971. Joseph was raised in Provo, UT and lived there all his life. His father opened “Joe’s Spic-n-Span Café” in 1937. His father taught Joe and his brother Ron all of the recipes for a successful business. They fed the BYU football players for over sixty years. Everyone ate at “Joe’s”! His interest for years was trap shooting. He received the 500 straight patch and traveled to many cities to shoot, and won many awards. Joseph’s hobby was baseball and he loved it with a passion. He was even approached by a professional team to try out. He was baptized into the Church of Jesus Christ of Latter-day Saints. He spent many days on his Harley motorcycle with his wife behind him. Together they took their boat to as many lakes as they could, and they loved going to Lake Powell with family and friends. Joseph is survived by: Saundra Gaudio Baird (wife); Ronald Baird (brother), Bonnie Baird (sister); his children: Chris Littlefield of Lehi, UT, Liz Barlow (Ron) of West Jordan, UT, Louise Munson (Donn), of St George, UT, Joseph Steven Baird (Angie) of West Jordan, UT; his step-children: Chantel Hamlin of St George, UT, Charles Johnson of Dallas, TX; ten grandchildren; 14 great-grandchildren; and one great-great grandson. The mother of his children was Cecilia Edward Mildenhall. The family would like to thank Chantel Hamlin for the years of love and tender care she gave him, Dr. Leigh Boeckle, Dr. Jason Swigert, and many family and friends. Thanks to Pastor Rick and Pastor Jerry from Calvary Chapel who witnessed a beautiful passing under their hands. A service will be held on Thursday, November 1, 2018, at 2 p.m. at Calvary Chapel located at 3922 Pioneer Road, St George, UT. Friends and family are invited to share condolences online at www.SerenityStG.com. Arrangements and memorial tree planting by the Cremation Center of Southern Utah, 986-9100.

The family of Joseph Eugene Baird created this Life Tributes page to make it easy to share your memories.

Send flowers to the Baird family.