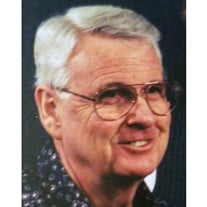 ST. George, UT — Joseph Ray Nelson, age 89, passed away on Wednesday, June 26, 2019, in St. George, Utah. Born March 5, 1930 in Nephi, Utah, he was the fourth child of Joseph Fritchof and Lois Carver Nelson. On February 11, 1954, he married his soulmate, (LaVerda) Darlene Swain in the Salt Lake Temple. They made their home in Bountiful, Utah, until they decided to hang up their snow shovel when they retired, and moved to St. George, Utah. Joseph grew up in Nephi, graduating from Juab High School, and at the age of nineteen, served a mission for the Church of Jesus Christ of Latter Day Saints, in Denmark. After his return, he enlisted in the Utah National Guard 145th Field Artillery Division. He was an electrical engineer and a professional printer, even owning his own print shop at one time, but ultimately retired from Davis County School District. His favorite job, however, was as an ordinance worker in the Bountiful Temple. Once retired, Joseph pursued his passion in photography, spending countless hours hiking the hills above Bountiful, Utah, and after moving to St. George, his footprints could be found in the sandy river beds of Snow Canyon and numerous trails leading through Zions National Park. Sadly, his creative mind became imprisoned by the darkness of Dementia, and after a decade-long valiant battle with the horrific disease, he finally returned “home” with honor. Joseph is survived by his wife, Darlene, his children: Joelene (Steve) Coleman, St. George, Utah; Shawn (Julie) Nelson, Salt Lake City, Utah; Kim Nelson, Port Washington, New York; and Darren (Michelle) Nelson, Bountiful, Utah. He is also survived by his grandchildren: Michelle (Casey) Buxton, Chad (DaniKa) Coleman, Brad (Christie) Coleman, Brian Coleman, Tyler Nelson, Lane (Rachel) Nelson, Spencer Nelson, and Abbigayle Nelson, as well as eight great-grandchildren, and two great-great grandchildren. Joseph is preceded in death by his parents: Joseph and Lois Nelson; brothers Boyd Nelson, Glen Nelson; and his sister, Barbara Johnson. The family would like to thank the many caregivers at The Meadows Assisted Living Center for their kindness and dedication to the care of Joseph and his wife, Darlene, for the past six years. We would also like to thank Integrated Senior Care Home Health & Hospice, in particularly a certain guardian angel, Kayla, for their compassion and devotion during such a difficult time. A private family service is scheduled for a later date. Interment will be at the Bountiful City Cemetery, under the direction of Serenity Funeral Home of Southern Utah. In lieu of flowers, the family suggests donations be made to help find a cure for Dementia through the Alzheimer’s Association at www.alz.org.

The family of Joseph Ray Nelson created this Life Tributes page to make it easy to share your memories.

Send flowers to the Nelson family.