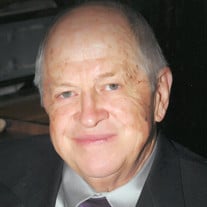 Julius Richard “J.R.” “Pops” Madsen was born in Ogden, Utah on July 27, 1936 to parents Julius Viggo and Constance Benson Madsen. He was the third and last surviving of three children, including older sister Connie and big brother Ben. J.R. was an uncommonly talented and accomplished person. At age 12 he sang before prophets in The Tabernacle on Temple Square in Salt Lake City, UT. He fostered his expertise at Brigham Young University, receiving his degree in Fine Arts in 1964. He was a world class operatic tenor, musician, rock and tile mason, architect, artist, poet, entrepreneur; but his greatest and farthest-reaching roles were those of husband and father. In 1960 he married his true love Mavis Campbell in the Logan Temple; over the course of the next thirty years, they went on to raise a family of nine under the majestic shadow of Zion National Park in Springdale, UT. J.R. established multiple businesses and made significant cultural contributions to the Zion area that he loved so well. He is survived by his wife Mavis; sons Richard, Christopher and Jeremy; daughters Melanie, Holly, Kristina, Lise, Ticia and Heidi, as well as an abundant and beautiful legacy of grandchildren and great grandchildren whom he adored. A viewing will be held on Monday, October 22, 2018, at 10:00 – 10:45 a.m. at the Springdale Church of Jesus Christ of Latter-Day Saints chapel, 1584 Zion Mount Carmel Hwy, Springdale, UT. Funeral services will follow at 11, and interment will be held at Springdale Cemetery.

The family of Julius Richard Madsen created this Life Tributes page to make it easy to share your memories.