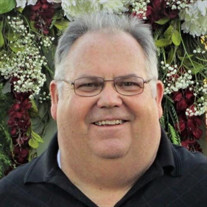 Kelly Dean Cannon, age 64, passed away on Wednesday, December 2, 2020 at his home with his family nearby following complications from a stroke. He was born on December 23, 1955 in St. George, Utah to Ellis Kay and Helen Irene Roundy Cannon. His siblings include Janet Irene Harris, Terry Kay (deceased) (Debbie), Carla Lynn Barlow (Ralph), and Tony Douglas (Cindy). Kelly graduated from Dixie High School in 1974. He fulfilled an LDS mission to Nova Scotia, Canada in 1975. He married Sheila Theobald on September 2, 1977 in the St. George LDS Temple. To this union came three wonderful children, Kristi Erma Charlton (Jake), William (Billy) Dean (deceased), and Sarah Mae Strickley (Mark). He was blessed with six beautiful grandchildren Braxton (Holly), Brendon (Maren), and Braydon Charlton, and Taelin, Kache, and Haygen Strickley. His family was very precious to him and they were the light of his life. He was currently working for Jones Paint and Glass in their door shop. He truly enjoyed his job and the people he worked with. Kelly was a jack-of-all-trades and could build or fix almost anything. He was a talented carpenter, building beautiful cabinetry and furniture, which are showcased in his home and in the homes of his children, extended family and friends. He was an avid scout, receiving his Eagle Scout award in 1969 at the age of 14. He received his Wood Badge award in 1990 and his Silver Beaver in 1998. He served as the Nuwuvi Chapter Advisor in the Tu Cubin Noonie Lodge of the Order of the Arrow for close to 25 years. He received his Vigil Honor in 2003. He loved his service in scouts and was proud to serve the boys in the Virgin River and Snow Canyon Districts. He was also overjoyed to spend time with his two oldest grandsons during his service in the Order of the Arrow. Kelly was fun loving and always ready for an adventure or a road trip. He loved camping, four-wheeling, deer hunting and fishing, and, at a moment’s notice, he would drop everything to be with family and friends. There was never a dull moment when Kelly was around, and he thoroughly enjoyed every second spent with his family, friends, and dogs, namely Dude and Buddy. He was an active member of the LDS church and was currently serving in the bishopric of the Snow Canyon 6th ward. He had a firm testimony of the Gospel of Jesus Christ and the Plan of Salvation. Kelly is survived by his wife and best friend, Sheila, his two daughters and their spouses, his grandchildren and two granddaughter-in-laws, his father Kay and step-mother Ann, his sisters Janet and Carla (Ralph), brother Tony (Cindy), and in-laws Debbie Cannon, Quay and Carol Simons, David and Nancy Theobald, along with countless nieces and nephews. He was preceded in death by his mother Helen, brother Terry, his son William (Billy), his wife’s parents Clarence and Phyllis Theobald, and brother and sister-in-law Kenneth and Barbara Beckstrom. The family would like to thank the doctors and nurses at DRMC’s Intensive Care Unit for their quality of care while Kelly was in the hospital. Funeral services will be held Monday at 11:00 am and will be available live stream via Zoom https://zoom.us/j/98847222334?pwd=cHlDNEQ5ZDlaUUo3WENmcFBWMHJaZz09 Meeting ID: 988 4722 2334 Passcode: 179416 A visitation will be held Sunday, December 6th from 6:00 to 7:00 p.m. at Serenity Funeral Home of Southern Utah, 1316 S. 400 E., St. George, UT. Interment will be in the St. George City Cemetery. Family and friends are invited to share tributes online at www.SerenityStG.com. Arrangements are under the direction of Serenity Funeral Home of Southern Utah, 986-9100.

Kelly Dean Cannon, age 64, passed away on Wednesday, December 2, 2020 at his home with his family nearby following complications from a stroke. He was born on December 23, 1955 in St. George, Utah to Ellis Kay and Helen Irene Roundy Cannon.... View Obituary & Service Information

The family of Kelly Dean Cannon created this Life Tributes page to make it easy to share your memories.

Send flowers to the Cannon family.