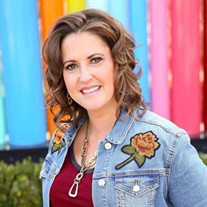 Logan, UT -- Kelly Sue Gifford, 39, passed away on September 14, 2020, in Logan, Utah. She was born on March 24, 1981, in Henderson, NV to Kerry and Vicki Gifford. Kelly was raised in Las Vegas, NV. She moved to Phoenix, AZ where she attended college at DeVry University and graduated with a Bachelor's degree in Business. Throughout her adult life, Kelly also lived in Las Vegas, NV, Henderson, NV, Kemmerer, WY, Hyrum, UT, and Logan, UT. Her profession was in accounting and sales. She was passionate about hiking, being in the outdoors, health, yoga, journaling, reading, cooking, Hawaii, and traveling. She was adamant about always documenting her life through photos. She was a member of The Church of Jesus Christ of Latter-day Saints. Kelly is survived by her parents, Kerry and Vicki Gifford of Las Vegas, NV. She is also survived by her siblings, Sherri Miller of Las Vegas, NV, Michael Gifford of St. George, UT, Keresa Whitney of Las Vegas, NV, Bryan Gifford of Las Vegas, NV, Christie Boudreaux of Las Vegas, NV, Jared Gifford of Las Vegas, NV, and Jacee Clayton of Raymore, MO. She was the favorite aunt to 24 nieces and nephews. She was preceded in death by her grandfather, Sheldon Lamond Gifford, her grandmother, Myrtle Hardy Gifford, her uncle, Ronnie Sheldon Gifford, and her niece, Violet Gifford. The family would like to thank Kay Furse (Kelly's good friend and caregiver), Dr. Buys (Kelly's oncologist at the Huntsman Cancer Institute), and CNS Home Health & Hospice. To donate to Kelly's funeral expenses, please send money to @ksgifford1 on Venmo. A viewing will be held on Friday, September 18, at 10:00 a.m. at Serenity Funeral Home, located at 1316 S 400 E #A3, St. George, UT 84790. Funeral services and interment will be held on Friday, September 18, at 12:00 p.m. at La Verkin City Cemetery, located at 580 N State St, La Verkin, UT 84745. Family and friends are invited to share condolences online at: www.SerenityStG.com. Arrangements and memorial tree planting are under the direction of Serenity Funeral Home, St. George of Southern Utah, 986-9100.

Logan, UT -- Kelly Sue Gifford, 39, passed away on September 14, 2020, in Logan, Utah. She was born on March 24, 1981, in Henderson, NV to Kerry and Vicki Gifford. Kelly was raised in Las Vegas, NV. She moved to Phoenix, AZ where she attended... View Obituary & Service Information

The family of Kelly Sue Gifford created this Life Tributes page to make it easy to share your memories.

Send flowers to the Gifford family.