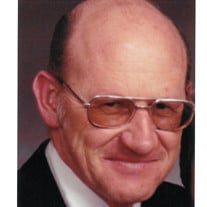 Kenneth Paul Anderson, 82, passed away September 2, 2019 at his home in Ivins, UT. He was born February 19, 1937, in Salt Lake City, UT, to Earl Harris Anderson and Ruth May Jacobson. Kenneth was an active member of the Church of Jesus Christ of Latter-Day-Saints and had a number of callings in the church. He served three times as a ward clerk and twice as elder’s quorum president. He was stake clerk for thirteen years in California. A new stake presidency was called at the end of this time and a new president asked that he stay on as stake clerk. Dallin Oakes said it was time to give him a gold watch and let someone else have the blessing of the Stake Clerk’s calling. Kenneth said many times that serving with such spiritual leaders provided perspective for him in the challenges of being an executive with G.T.E. He was a high priests group leader when he and Darlene moved to Provo, Utah in 1988. While living in Provo, he worked with Darlene at the MTC on orientation days. While in their 60’s they had a fun time being the Webelos leaders in the Oak Hills 5th ward. He was the ward and stake physical facilities coordinator and a worker in the Provo Temple. In Ivins he coordinated and conducted the financial audits for the Ivins stake and he and Darlene started greeting people and handing out programs for sacrament meetings when first moving to Ivins in 1999 and continued this for 16 years. This was a sweet time for them each Sunday. He served his country in the US Naval Reserves for eight years and was given an Honorable Discharge on the 14th of March 1962. High School was a time of making lifelong friends. The LDS group of students attended seminary in the morning, ate lunch together and generally kept in close contact. Rose Alice Spurrier a close friend introduced Kenneth and Darlene and the rest is history. He graduated from San Bernardino California high school in 1954. He received an AA in 1986 from Azusa Pacific University and a BA degree in management with distinction from the University of Redlands in 1988. He enjoyed a God given talent of working with his hands fixing and repairing things. This talent was evident when as a teenager in Salt Lake City he would ride the bus into Salt Lake and walk the back alleys behind the stores and shops and bring home projects (usually from radio repair shops) to tinker with. This talent to understand mechanical and electrical equipment turned into a 40-year career in the telecommunications industry. He started out installing electromechanical switching equipment in the Covina California Central Office to later co managing its replacement with a multimillion-dollar digital electronic switching in 186 central offices in California. His greatest blessings consisted of being born of goodly parents and being married in the Los Angeles temple to his best friend Darlene Mae Dawson April 20th, 1956. Their temple marriage provided them the knowledge and inspiration to live a long and wonderful life together. And an opportunity to be parents, grandparents and great grandparents to their posterity. Not knowing of the journey he would take to reach this point but knowing of and looking forward to this day when he would be reunited with his Angelic Eternal Sweetheart Darlene was a comfort to him. Ken is survived by: his children; Lola Riggs of Leupp, Az, Deborah Gayle Sneed of Modesto, CA, Karen Tereasa Anderson of Ivins, UT and Donald Christian Anderson of Ivins, UT; his beloved grandchildren, Joseph, Miranda, Katelyn, Jonathan, Sarah and Trent Sneed and Summer and Zachary Anderson, Darrin Goodman, Harry Riggs III and Lance Riggs; Five great grandchildren Jordan Goodman, David Goodman, Carolina Sneed, Ruby Sneed and Beau Sneed. He was preceded in death by: his wife Darlene Mae Dawson Anderson; parents Earl Harris and Ruth May Jacobson Anderson; and a son Kevin Trent Anderson. Funeral services will be held Friday, September 13, 2019, at 10:00 a.m., at the Red Cliffs 2nd Ward Chapel, 625 East Center Street, Ivins, UT. A viewing will be held from 9:00-9:45 am prior to the service. Interment will take place on Saturday, September 14, 2019, at 10:30a.m., at the Fountain Green Cemetery, Fountain Green, UT. Family and friends are invited to share condolences online at www.SerentiyStG.com. Arrangements and memorial tree are under the direction of Serenity Funeral Home of Southern Utah. 435-986-9100.

Kenneth Paul Anderson, 82, passed away September 2, 2019 at his home in Ivins, UT. He was born February 19, 1937, in Salt Lake City, UT, to Earl Harris Anderson and Ruth May Jacobson. Kenneth was an active member of the Church of Jesus Christ... View Obituary & Service Information

The family of Kenneth Paul Anderson created this Life Tributes page to make it easy to share your memories.

Send flowers to the Anderson family.