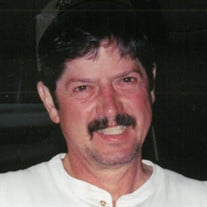 Kenneth Arnold Lister, 68, passed away on September 1, 2019, in St. George Utah at his home surrounded by his family. He was born on October 20, 1950 in Paragonah Utah to John R & Annabelle Lister. He married LaRee Jacobson in 1972, together they had five children, they later divorced. He married Terri Jones in Pine Valley, Utah, in 1998. They were later sealed in the St. George Temple. He was raised in Paragonah along with his five brothers. His childhood was full of family, farming and fun. From a young age he developed a passion for all things outdoors – including fishing, hunting and exploring the “Red Hills” of Paragonah. He graduated from Parowan High School and Southern Utah State College in Cedar City with a Bachelors in Sociology. He later graduated with a Masters from BYU, where he gained a love for all things BYU especially football. He started his career in Price, Utah then later moved to St. George. He was a certified Social Service Worker, Rehabilitation Professional, Professional Counselor, Vocational Expert and Expert Witness for disability hearings. His interests were gardening, wood working and taking care of his beautiful yard. He loved fishing and hunting especially with his son and family in Alaska. He had a lot of pride in his family and loved getting together often. He was not afraid of telling everyone he knew about how amazing his home and his family are. He was a member of the Church of Jesus Christ of Latter Day Saints, where he served in many callings. He is survived by: his spouse Terri Lister; children, Jay Quinn (Cherise) Lister, Janelle (Cap’n Bob) Kenworthy, Shannon (Jeremy) Graff, Angie (Shon) Seely, ShamaRee (Landon) Welch. Step Children; Amori (Mike) Shaw, Troy (Toni) Herman. Thirty-one grandchildren, and His brothers Larry, Ralph, and Kay Lister. He was preceded in death by: His parents John R and Annabelle Parkinson Lister; Brothers: John and Allan Lister. The family would like to thank SunTree Hospice; Dr. Ryan Borrowman, Torri, Laura, Trinity, Bailey and Della. Care to Stay Home; Elliot. All the Staff at Beehive Memory Care. Everyone at Memory Matters of Utah. And his special friend John Hansen. Funeral services will be held Saturday, September 7, 2019, at 10 am, at the Morningside LDS Chapel, 930 South Morningside Drive, St. George, Utah. A viewing will be held from 8:30-9:30 am prior to the service at the chapel. Interment will take place at the Paragonah Cemetery at 2:00pm. In Lieu of flowers the family requests donations to Memory Matters Utah/Nevada www.memorymattersutah.org in memory of Ken Lister. Family and friends are invited to share tributes online at www.SerenityStG.com. Arrangements are under the direction of Serenity Funeral Home of Southern Utah 986-9100.

Kenneth Arnold Lister, 68, passed away on September 1, 2019, in St. George Utah at his home surrounded by his family. He was born on October 20, 1950 in Paragonah Utah to John R & Annabelle Lister. He married LaRee Jacobson in 1972, together... View Obituary & Service Information

The family of Kenneth Arnold Lister created this Life Tributes page to make it easy to share your memories.

Send flowers to the Lister family.