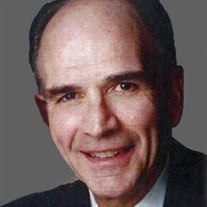 Lavar James Moffitt, 90, passed away peacefully in the early morning hours of December 2, 2020, in the arms of his loving daughter, in St. George, Utah. Dad was born on the kitchen table in Castle Dale, Utah, on July 25, 1930. His father passed away when he was only 3 years old. He always had a happy disposition. He attended High School in Castle Dale; he loved basketball and tennis, in fact he was the star of both teams and was also Student Body President. He attended the U of U, and graduated with a degree in Pharmacy. He owned Moffitt’s Pharmacy in Holladay. He met our Mom, Marilyn, in 1949, while taking voice lessons from Mr. A. Lee Humphries and Mom was the accompanist. They were married on August 31, 1951, in the Salt Lake LDS Temple. They had 4 children and raised their family in Sandy, Utah. Dad had a beautiful baritone/bass voice; he sang for many funerals, weddings, and other events; as well as being a member of the Tabernacle Choir, which he loved so much. He was a devout member of the Church of Jesus Christ of Latter Day Saints, and served in many leadership positions. Dad was the perfect example of a Christ-Like Man. He truly had all the attributes. He was so kind, honest, gentle, and he never judged any person; he loved unconditionally. He was quick witted, he was so fun to be with and everyone who met him loved him. He is survived by 3 of his loving children: Rebecca M. Huntsman (Cal), Kelly Lavar Moffitt (Jackie), and Layne David Moffitt (Sesha); 15 Grandchildren, and 15 Great Grandchildren. He is preceded in death by his Wife, Marilyn Hegessy Moffitt, oldest Son, Scott James Moffitt, and his Parents and Siblings. A Viewing and Funeral services for the Family will take place on Tuesday, December 8, 2020 at 11:00 A.M. at Serenity Funeral Home. Interment at Tonaquint Cemetery in St. George, Utah will follow. Funeral services may be viewed on the here shortly after the live service. https://youtu.be/m4J0u9i67sE

Lavar James Moffitt, 90, passed away peacefully in the early morning hours of December 2, 2020, in the arms of his loving daughter, in St. George, Utah. Dad was born on the kitchen table in Castle Dale, Utah, on July 25, 1930. His father passed... View Obituary & Service Information

The family of Lavar James Moffitt created this Life Tributes page to make it easy to share your memories.

Lavar James Moffitt, 90, passed away peacefully in the early...

Send flowers to the Moffitt family.