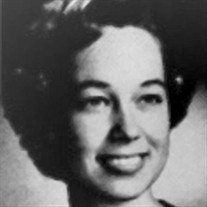 Linda Lee Wilkins Pack, 79, died on August 16, 2021 in Nampa, Idaho after a 23-year-long struggle with Parkinson's disease. She was born on October 2, 1941 in Van Nuys, California to Willard Lee Wilkins and Ruth Marion Stokes Wilkins. She married Lloyd Carlyle Pack, Jr. in Van Nuys, California on December 27, 1963. Linda was an active mother and homemaker for 25 years before earning a BS in Business Management from the University of Redlands (California) and an MLIS in Library Science from Brigham Young University and fulfilling a lifelong dream of becoming a librarian. She worked as the first director of the Susanville (now Lassen) Library District in Susanville, California, modernizing their services and moving the library to its current location. She is survived by her husband, Lyle, of 57 years; her children Lloyd C. Pack III (Debby) of Caldwell, Idaho, Willard J. Pack (Tina) of Nampa, Idaho, Amanda S. Pack Muir (Al), of Ogden, Utah, and Wesley D. Pack (Sarah) of Payette, Idaho; her 16 grandchildren and 15 great-grandchildren; her brother-in-law Boyd VanAusdal of Midvale, Utah; and her many nieces, nephews, and cousins. She was preceded in death by her parents Lee and Ruth and her sister Margaret Ann "Midge" Wilkins VanAusdal. The family would like to thank the Santa Clara Third Ward, Idaho Home Health & Hospice, Roberta Myers, and Olena Rotar, for their loving care. Funeral services will be held on Thursday, the 26th of August at 11:00 a.m. at the Church of Jesus Christ of Latter-day Saints, 3680 Pioneer Parkway in Santa Clara, Utah, preceded by a viewing at 9:30 a.m. at the same location. Interment will follow at the Santa Clara City Cemetery. Funeral Services will be available Live Stream Via Zoom at https://us06web.zoom.us/j/89968894302?pwd=dUkxZ2Y4TE5oZDcyMHBPaWRFNGJEZz09 Meeting ID: 899 6889 4302 Passcode: 759482

The family of Linda Lee Wilkins Pack created this Life Tributes page to make it easy to share your memories.

Send flowers to the Pack family.