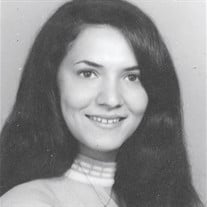 Lori S. Hausmann passed away at 64 years old on July 15, 2018 in St. George, Utah where she lived with her husband of almost 44 years, Clifford. Lori and Cliff had one child, Matthew, who currently resides in West Hills, California with his wife Katie. Lori is the second youngest of the five children of Roger W. Spinks Sr. and his wife Phyllis. -Roger W. Spinks Jr. (m. Julia Stevens Spinks) of Rocklin, CA. -Kevin Spinks (m. Karen Munoz Spinks) of Santa Clara, CA -Brittany Spinks of Santa Clara, CA -Eric Spinks of Seattle, WA - Joel Allen Spinks of southern CA. -Lynne Spinks Wollin of Los Angeles, CA. -Richard Wollin of Los Angeles, CA -Rodrick Wollin of Los Angeles, CA -Robin Spinks of Punta Gorda, FL. -Richard Spinks (m. Michelle Oravec Spinks) of Mayfield Heights, OH. Lori was born on January 3, 1954 in Cleveland, OH to now deceased Roger W. Spinks Sr. and Phyllis (Hay) Spinks. Lori was recognized as the first baby born in Cleveland in 1954 and was raised in Lyndhurst, OH. She attended Charles F. Brush High School, Ohio University, and obtained her Bachelor Degree from Ursuline College where she graduated with honors, cum laude. Her major was in Psychology with a minor in Music. After high school, Lori met her soul mate Clifford Hausmann, and they wed on October 19, 1974 to begin their life together. In 1978, they were blessed with a son, Matthew. Lori and Cliff resided in Lyndhurst, OH for the first 30 years of their marriage and then relocated to Viera, Florida in 2005 when Cliff transferred from NASA Glenn Research Center to an appointment at NASA Kennedy Space Center. The couple resided in Florida for approximately ten years. Even though Lori’s was diagnosed with Alzheimer’s disease, Cliff and Lori made a decision to relocate to St. George Utah where they had previously vacationed and where Lori would spend her remaining years with her husband. Professionally, Lori assisted her mother Phyllis develop a thriving business, Phyllis Spinks Real Estate School , a Mayfield Heights Ohio based school that became one of the most successful real estate schools in Ohio. During that time, Lori was also a homemaker and raised her son Mathew. Her love for her family, music, art, and rare schnauzers Pheffer (black), Attie (white), and Harley (white) motivated her life. During her marriage with Cliff, she always enjoyed motorcycle rides with him. She was a gifted soprano opera singer in college. Lori was trained in classical violin by famed musician, Alfred Kaufer, of the Cleveland Orchestra. She was also proficient on piano and guitar. Her skillfulness in arts and crafts permeated everything she did as many of her family members will remember from her unique Christmas and Birthday gifts. Lori’s favorite movie was The Wizard of Oz and her favorite song Over the Rainbow. May she now rest in peace, Somewhere Over the Rainbow. Lori was a very remarkable wife, mother, daughter and sister. She always was helpful in time of need and carried herself with grace and fortitude through all of life’s difficulties and ups and downs, including health wise, relational and personal. She was a great advisor and a very unselfish person. Lori passed away on July, 15 2018 after a long battle with Alzheimer’s disease. The Celebration of Life for Lori will be held at the Legacy At Southgate’s Community Center. The date is TBD. Memorial contributions may be made to Memory Matters Utah/Nevada, 168 N. 100 E., Suite 104, St. George, UT 84770 (435-319-0407).

Lori S. Hausmann passed away at 64 years old on July 15, 2018 in St. George, Utah where she lived with her husband of almost 44 years, Clifford. Lori and Cliff had one child, Matthew, who currently resides in West Hills, California with his... View Obituary & Service Information

The family of Lori S Hausmann created this Life Tributes page to make it easy to share your memories.

Send flowers to the Hausmann family.