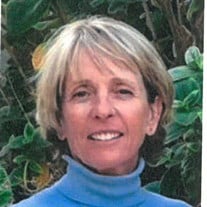 Lucinda “Cindi” Lee Jones Bagley, of Central, Utah passed away on Thursday, February 10, 2022, after battling cancer for nearly three years. She was 59. Cindi was born on March 31, 1962, to John Arlen Jones and Beulah Lee Choquette Jones in Provo, UT. The second child of four, she and her family lived in Provo, UT; Salt Lake City, UT; Daly City, CA; Malad, Idaho; and Guam, where her father was a Lieutenant Commander in the Navy during the Vietnam war. In 1973, the family moved to Ogden, UT. Cindi graduated from Ogden High School in 1980. She went on to attend Brigham Young University—Hawaii and received her degree in accounting from the University of Utah in 1985. She met Larry Bagley while making her first skydive on October 13, 1985, a passion they shared throughout the remainder of her life. They went on their first date on Oct 30, 1985, a date they celebrated each year. Cindi and Larry married on September 2, 1988, at her family’s home in Ogden, Utah. Together she and Larry developed a close-knit group of friends in the worldwide skydiving community. Larry had four children; Cindi became a close friend to each one. Together, she and Larry welcomed 12 grandchildren into the family. Cindi was looking forward to meeting her first great grandchild this coming April. Cindi made it a goal to be the very best Grandma she could be. She is well-known among her grandchildren’s friends for always being at their special events. Cindi was a proud flight attendant with Delta Airlines for 32 years; a position that gave her and Larry the freedom to fly around the world to be with family and friends. They visited 96 countries together which almost always involved traveling with close friends, and/or children, and/or grandchildren. As an avid traveler, she enjoyed exploring new cultures and replicating authentic meals from the places she visited. She loved watching beautiful sunsets, answering Jeopardy questions, spending time at the cabin, and watching the wildlife feed from her waterfall pond. Cindi spent much of her past few years traveling back and forth from the cabin to Salt Lake City and Seattle where she did many of her cancer treatments and spent time with her brother, David and his wife, and her sister, Sue, and her family. Cindi will be remembered for being kind and loving and being genuinely concerned about what was going on in each of her loved one’s lives. She enjoyed spending time with friends and family above all else. Cindi was the light in many people’s lives, but none more so than her sweetheart, Larry who preceded her in death. Cindi is survived by her siblings, Don Jones, David Jones (Roxanne), Sue Jones Wilenzick (Michael); nephew, Brett William Jones (Megan); nieces, Sarah Wilenzick and Hannah Wilenzick; her stepchildren; Chris Bagley (Mary Ann), Angela Bagley Hansen (Jonathan), Adrianne Bagley Jefferies (Scott), and Amanda Bagley McPherson (Ian); and step grandchildren, Brock Bagley, Savanah Bagley, Brody Jefferies, Sierra Hansen Rockwood (Sam), Parker Jefferies (Casey), Alexis Hansen Cummins (Brendan), Brayden Bagley, Ella Hansen, Sophia Jefferies, Seth Hansen, Cade Hansen, and Ava McPherson; and her caring friends all over the world. She is preceded in death by her father, John, and mother, Beulah (Lee) Jones. Donations made in lieu of flowers will be used to honor Cindi at the International Skydiving Museum and Hall of Fame. (Link to donate: https://skydivingmuseum.org/donate) The Bagley Family would like to invite friends and family to join us in celebrating the life and memory of Cindi on Sunday, 6:00-9:00 PM, May 29, 2022, at the cabin in Central, Utah . Family and friends are invited to share tributes online at SerenityStG.com.

The family of Lucinda "Cindi" Lee Bagley created this Life Tributes page to make it easy to share your memories.

Send flowers to the Bagley family.