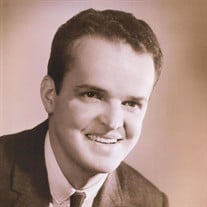 St. George, UT — Our beloved father, Merrill T. Syphus, passed away peacefully January 3, 2021, in St. George, Utah. He was 88. Merrill was a devoted son, brother, husband, father, grandfather and physician. He leaves a legacy of lives lifted among his cherished family, dear friends and respected patients. From dedication to his family and church to caring for the sick, his interest was always the welfare of others. Merrill Syphus was born September 24, 1932, to Fay Beebe Syphus and Elizabeth Tullis Syphus in Huntington, Utah. The third of six children, he was raised in St. George, Utah. From his earliest years he knew he wanted a career in medicine. A seventh-grade school counselor helped him map a course through high school to best be prepared for medicine. After graduating from Dixie High School he attended Dixie College and the University of Utah, graduating with a Bachelor of Science degree. He earned his Doctor of Medicine (MD) at the University of Maryland in 1960. He intended to practice medicine in St. George, but during his internship in Pasadena, California, he shadowed a surgeon and found his true calling. Consequently, he stayed in Pasadena given the broader surgery opportunities in the area. He would often say, “Surgery is the ultimate cure.” Merrill met and fell in love with his beautiful wife and Southern California girl, Deanne Hulshoff, when they both sung in the Southern California Mormon Choir. They married in the Los Angeles Temple of the Church of Jesus Christ of Latter-day Saints in 1964 and went on to create a wonderful home, eventually raising 10 children and sharing 55 years of marriage. Merrill balanced his time among a growing family, church responsibilities and a successful family medical practice in Pasadena. He performed surgery and conducted rounds at St. Luke’s, Huntington Memorial, Arcadia Methodist, and Santa Teresita Hospitals. He was well respected by his peers and patients for his combination of medical skill and compassion. He faithfully served in his church, including callings as Sunday School President and Bishop. He also contributed to the community as a member and one-time president of the Pasadena East Rotary Club. More than anything else, Merrill’s family was his first priority. He spent countless hours teaching his children solid values and patriotism, and no matter the hour he assisted them with schoolwork and science projects. He loved to attend their concerts and athletic events as much as help them live the Gospel of Jesus Christ. He often quoted Shakespeare, his favorite literary figure, and scripture, to convey life lessons. Any time one of his kids – and sometimes their friends - needed stitches due to the regular bumps of life, the kitchen table literally became an examination table. His motto was, “Whatever it takes.” Merrill always dreamed of practicing medicine in St. George. In 2003 he closed his practice in Pasadena after nearly 40 years and returned to St. George to set up a family practice. He also became Medical Director of the Amara Med Spa, and he was a surgeon for Dr. Diet Health and Wellness Center. He worked at his practice and at Amara until the time of his passing. Merrill is preceded in death by his parents; his wife, Deanne; brother Beebe Syphus; and sisters Marilyn Syphus, LeNore Syphus, and Betty (Syphus) Jensen. He is survived by his brother Stanley Syphus; children Drew (Stacey) Syphus, Dallin (Martha) Syphus, Taylor (Sara) Syphus, Christian (Candacy) Syphus, Matthew (Rachel) Syphus, Allison (Ted) Ririe, Gary (Emily) Syphus, Shannon (Isaac) Thimmesch, Holly (Jay) Harder, and Eric (Juliet) Syphus; and 36 grandchildren. A memorial service will be held for both Merrill and Deanne at 1:00 pm Saturday, January 16, 2021, at the Church of Jesus Christ of Latter-day Saints, 200 W. Brigham Road, Saint George, Utah, 84790. The service will also be broadcast virtually via Zoom – go to https://serenitystg.com/ and select Merrill Syphus in the Tributes list to connect. Charitable contributions may be made to the Southern California Latter-day Saint Choir (c/o Steve Bills, 2911 Edgewick Rd, Glendale, CA, 91206). Merrill Syphus Funeral Service Zoom Meeting Join Zoom Meeting https://zoom.us/j/94902658542?pwd=Z01GSll6cDUwVGhJRjVoaW0rVDgwZz09 Meeting ID: 949 0265 8542 Passcode: 314411 Funeral Service Recording: https://youtu.be/3OHNfDNm75Q

The family of Merrill T. Syphus created this Life Tributes page to make it easy to share your memories.

Send flowers to the Syphus family.