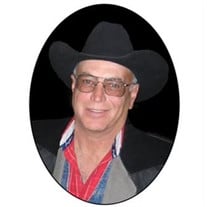 Michael “Mike” LaRell Adams, 72, passed away with his children by his side on December 9, 2020 after a hard-fought battle with COPD. Mike was born to Homer and Alta Adams on August 11, 1948 and was their first-born son. He was born in Cedar City, Utah, but grew up in Parowan, Utah – a place he loved with all his heart. Mike attended Parowan Elementary and graduated from Parowan High in 1966. He had a love for all sports, but especially football and basketball. He lettered in every sport, which is impressive regardless of his small class size of 45! Mike received his Eagle Scout and was also chosen to go to “Boys State” which was an honor and held for students with only the highest of grades. After graduation, Mike attended SUSC (now Southern Utah University) in Cedar City and earned a bachelor’s degree in Business. Mike made the decision to move to Salt Lake City to pursue a career in real estate with his uncle Ken Prothero at Mt. Olympus Realty. He later opened his own company known as Microvest, which he ran out of his home. He was very successful with this, but later decided to obtain his contractor’s license and start his business, Mike’s Custom Tile. In 1972, he met and fell in love with Laura Wilcox. They were married on April 9, 1974 in Salt Lake City, Utah and were later divorced. Together, they share three children and 11 grandchildren. Jaci, Jodi and Ryan were Mike’s pride and joy and there isn’t anything he wouldn’t have done for them! Mike loved seeing his kids happy and thriving and was always there to offer his famous words of advice - always! His real joy came in his later years with his grandkids who affectionately called him, “Grandpa Mike”. He looked forward to their visits, calls, swapping jokes and having them help out with his computer needs, which was often. Mike settled in Paragonah, Utah or “Paradise” as he called it. He wondered why everyone didn’t live there. He felt like he had his own little slice of heaven. Mike loved the slower-paced country life where he could hunt, fish, ride horses and visit with friends and family. He loved the Iron County Fair when he could pitch horseshoes, go to the rodeo and watch the horse races. Always the flirt, Mike looked forward to the dances where he could show off his fancy foot work. Mike is survived by his three siblings, Eugene (Kathy) Adams, Kenny (Shari) Adams and Darla (Julian) Rollins; his three children, Jaci Cyphers, Jodi (Brant) Bennett, and Ryan (Bridget) Adams; his eleven grandchildren and greatest loves, Austin, Blakely, Aiden, David, Cason, Brody, Laney, Lizzie, Liam, Adelaide and Brooks; and many loving nieces, nephews and dear friends – too many to name here, but are remembered, nonetheless. Mike is preceded in death by his mother, father and nephew, Kyle Adams. He will also be greatly missed by his long-time and cherished companion, old Chili Jack. A dear friend of Mike’s said it best that “Mike wouldn’t want a big fuss made over him, but maybe just a little bit of a fuss.” In that spirit, we will have a small celebration of life for our dad on Monday, December 28, 2020 at 11:00 a.m. at the LDS Church cultural hall in Paragonah. After which, Dad’s ashes will be spread at The Yankee, his favorite spot and at his request. We are aware of the unique circumstances that surround us due to the pandemic and ask that only family members attend the celebration. We will have a Zoom link for those unable to be with us. We would like to thank the many people that served our father during his final time here on this earth. It meant more to him and to us than you’ll ever know. Our hearts are forever changed through you and by your example of love and pure kindness for our Dad. You know who you are. Thank you!

The family of Michael LaRell Adams created this Life Tributes page to make it easy to share your memories.

Michael “Mike” LaRell Adams, 72, passed away with his children...

Send flowers to the Adams family.