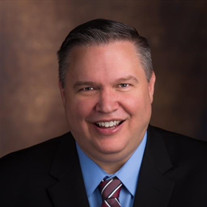 Suzhou, China&#8212;Michael Edwin Swope passed away on September 26, 2020 in St. George, Utah, due to complications of COVID-19. He was born on April 18, 1971, in Salt Lake City, Utah, to David and Janis Swope. He was sealed to his wife, Heather... View Obituary & Service Information

The family of Michael Edwin Swope created this Life Tributes page to make it easy to share your memories.

Send flowers to the Swope family.