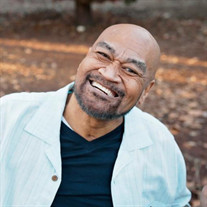 Moli Iloilo Jr, 62, passed away on Sunday May 15, 2022. Moli was born June 24, 1959, in Utulei American Samoa to Molipopo and Mai’omalo Iloilo. He married his Highschool sweetheart Holly Meisel on Jan 19, 1979, in West Covina California. They had 5 children and were later sealed in the Los Angeles Temple. Holly passed away in Oct 2005. Moli was never good at being alone, so in Oct 2006 he Married and was sealed to Rebecca Brock in the Redlands California Temple. They have 2 daughters. Mo was born in American Samoa but shortly after his family moved to Hawaii and eventually to Southern California where he lived most of his life. In 2009 He and Rebecca moved to Utah for him to attend Salt Lake Community College. In 2011 they left the snow for Sunny St George and quickly made that home. Mo was a Master of many things including but not limited to, Electrician, Maintenance Mechanic, Major Appliance Repair Tech and had Completed his Certification for HVAC. He could fix anything! He loved his Family, Bruce Lee, The Dallas Cowboys, Golf and Music. He was a valuable member of The Church of Jesus Christ of Latter-Day Saints where he served in many capacities. His most cherished times were with the youth; he loved to take them out on his boat, along with anyone else he could drag along. He loved his Savior Jesus Christ with all his might. We know that he is now wrapped even more completely in the arms of his unconditional love. He loved people and was constantly the life of every party! In Dec 2013 Mo miraculously survived a Major Medical Trauma which changed his life forever. He courageously fought an uphill battle for almost 9 years. Mo was a bigger than life kind of guy. He genuinely loved everyone he met, and everyone he met loved him! Moli is survived by his wife Rebecca and 7 children, Jennifer, Adam (Florita), Brandon (Ana), Brittany (Sionne), Amber, Maiann and Kaylagi. His Brothers, Pete (Tiene) and Sam (Tracy) Inlaws Lila Iloilo, Tai Vaimaona, Rich Tipeni, he has 16 Grandchildren! He was preceded in death by his First wife Holly, His parents Mai’omalo and Molipopo, his brother Marvin and sisters Lolini Vaimaona and Uini Tipeni. The Family would like to Thank the Nurses, Dr’s and Staff at Liberty Dialysis who loved and cared for Mo several hours a week while receiving treatment. Also, to Dr. William Plumb and his staff for making food more enjoyable for Mo! He was ALWAYS HUNGRY!! Funeral Services will be held on Friday June 3rd at 1:00pm at The Church of Jesus Christ of Latter-day Saints located at 595 North 2450 East St George UT. A viewing will be held just prior to services at 12:00pm. Interment will take place at Tonaquint Cemetery.

The family of Moli Iloilo Jr created this Life Tributes page to make it easy to share your memories.

Send flowers to the Iloilo family.