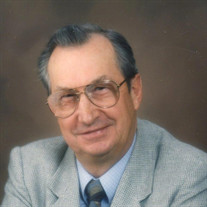 Paul Farmer Willis passed away peacefully in the morning of Wednesday March 11, 2020. He joins the love of his life, Barbara Spencer Willis, and his daughter Shelly Willis Vincent who preceded him in death. He was born Oct 7, 1928 in Culver City, CA. The family would like to thank the wonderful staff, nurses and doctors at the Southern Utah Veterans Home who lovingly cared for him. He was 91 at the time of his passing. Paul’s formative years were on his grandparent’s farm in Preston, Idaho where he learned to love gardening and animal husbandry. He graduated from High School in Provo, Utah and went on to become a master craftsman, earning journeyman cards in Boilermaking, Rigging and Welding. He served in the army during WWII. Before getting married he had great adventures in Alaska as a rigger on contract with the Navy and a miner helping develop water infrastructure. He provided a stable home and family life with his first wife, Patti Anne Crawley, along with many vacations and fishing & hunting trips, while working for Geneva Steel in Orem, UT. One of his proudest moments was working on Navy Nuclear Research as a boilermaker for the Idaho National Laboratory in the early 1960s. He is survived by his brother Richard; his sister Gayle James; his two sons David and Kevin; his grandchildren: Jeremy, David, Tyler, Angela and Colton; and great grandchildren Dreydon, Braxten, Zyker and Korbyn; and Barbara’s children Brian, Cheri, Cathy and Kaye along with 17 grandchildren and 43 great grandchildren (with two more on the way!). A viewing will be held 8AM Saturday, March 14 followed by a 9AM funeral at the LDS chapel on 25 W Center St, Ivins, UT. Internment with military honors will be at the Orem Cemetery at 2PM of the same day. In lieu of flowers the family requests donations to Disabled Veterans of America.

Paul Farmer Willis passed away peacefully in the morning of Wednesday March 11, 2020. He joins the love of his life, Barbara Spencer Willis, and his daughter Shelly Willis Vincent who preceded him in death. He was born Oct 7, 1928 in Culver... View Obituary & Service Information

The family of Paul Farmer Willis created this Life Tributes page to make it easy to share your memories.

Paul Farmer Willis passed away peacefully in the morning of Wednesday...

Send flowers to the Willis family.