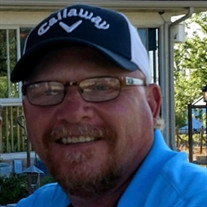 Heaven welcomed a caring, kind, and free spirited soul. Quinn H. Garner passed away on March 25, 2022, after a courageous battle with cancer. Quinn was born on July 28,1961, to Brent Garner and Karlene Hauser Garner in Rexburg, Idaho. He grew up in a large, loving family with three sisters and one brother. Quinn went to school in Rexburg until the end of his junior year. He then moved with his family to Pocatello, Idaho where he graduated from Highland High School. Soon after he took a job with Watkins Distributing and moved to Twin Falls, Idaho. He later worked for Tec Distributing until he was offered his dream job of selling fuel, etc. for Lynch Oil. Quinn loved his job. What could be better than driving down unknown roads and shooting the breeze with farmers in their shops? Quinn’s customers were his friends. He was committed to getting them the best prices and always kept in close contact. He was even caught selling fuel from his hospital bed! In 2015, Quinn reunited with a former classmate for a round of golf and unexpectedly fell in love. Quinn and Andrea (Tickner) were married on top of Brundage Mountain on July 30, 2017. Quinn was an avid golfer and could be found on the course rain or shine. He enjoyed playing with his golf team and with anyone else who wanted to play. He also enjoyed riding his Harley, working outdoors, and spending time with his family and friends. Quinn is survived by his wife: Andrea, father: Brent Garner (Carole), mother: Karlene Sleeman (Doug), sisters: Brenda Lund (Kevin), Louise Ronstadt (Anthony), Andrea Sanders (Nate), brother: Eric (Sharon), step-son: Tyson Tickner, mother in law Shirley Johnson, and many uncles, aunts, cousins, nieces, and nephews. He was preceded in death by his step-son: Trey Tickner, his grandparents: George and Myrtle Garner and Alvin and Violet Hauser. A celebration of his life will be held on March 30, 2022, at 4:00 PM at Lighthouse Church, 960 Eastland Drive, Twin Falls, Idaho. (208-737-4667)

Heaven welcomed a caring, kind, and free spirited soul. Quinn H. Garner passed away on March 25, 2022, after a courageous battle with cancer. Quinn was born on July 28,1961, to Brent Garner and Karlene Hauser Garner in Rexburg, Idaho. He grew... View Obituary & Service Information

The family of Quinn H. Garner created this Life Tributes page to make it easy to share your memories.

Send flowers to the Garner family.