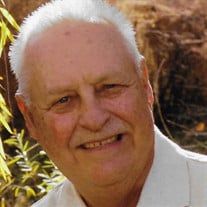 Raymond (Ray) Leydsman age 78 passed away on November 11, 2019 in Santa Clara following a stroke. He was born on June 8, 1941 in Montclair, New Jersey to Margaretha and Nicolaas Leydsman. He married Katherine Rowley in the St. George Temple on Friday, the 13th of September 1969 and together had just celebrated their 50th wedding anniversary. The Leydsmans moved from New Jersey to California when Ray was just a toddler, so he considers California home. They moved frequently but settled in the San Ferando Valley where he graduated from Reseda High School. They owned a dry cleaning business in Watts and a Turkey farm in Fraiser Park. Ray and all of his brothers served an LDS Church Mission in The Netherlands, from where his parents had immigrated; he was blessed with the opportunity to meet distant relatives who still lived there. After his mission, he attended Dixie State College, and then transferred to Cedar City to finish his college education with a degree in Secondary Education and a certificate in teaching Special Education. There, he met Kathy, and they were married in their Junior year. After graduating from SUU, he accepted a position at Tooele High School, where he taught for three years. They then relocated to West Jordan where he taught at West Jordan Middle School and Mount Jordan Middle School. When a position opened in Cedar City, the family jumped at the chance to return where he taught at Cedar City Middle School, and remained with the Iron County School District until he retired after 32 years as an educator. Ray and Kathy relocated one final time to Santa Clara in 2002. Ray loved the sunshine and the fact that he no longer had to shovel snow. He then worked part time at Snow Canyon State Park. He loved that experience and went to the park on a weekly basis until his death. He is survived by wife Kathy, son Steven (Shirley) Leydsman, daughter Marcy (Russell) Benson, son Tony (Suzanne) Leydsman, and daughter April (Christian) Mason, his 14 grandchildren, his brother Ron (Mauria) Leydsman, sister Anita (Paul) Barker, and sister-in-law Bonnie Leydsman. He is preceded in death by his parents, one son Phillip Owen, and his brother John. The family would like to thank all of those medical professionals during his final illness. Funeral services will be held at 11:00am on Saturday November 16th, 2019 at the Pioneer Park Chapel located at 3680 Pioneer Parkway, Santa Clara, UT. A viewing will be held that same day from 9:00am – 10:30am. Interment will be at the cemetery in Parowan, UT.

Raymond (Ray) Leydsman age 78 passed away on November 11, 2019 in Santa Clara following a stroke. He was born on June 8, 1941 in Montclair, New Jersey to Margaretha and Nicolaas Leydsman. He married Katherine Rowley in the St. George Temple... View Obituary & Service Information

The family of Raymond Leydsman created this Life Tributes page to make it easy to share your memories.

Send flowers to the Leydsman family.