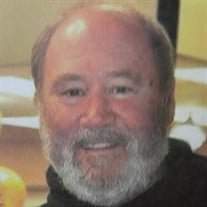 Richard Harvey Leggett, Sr. 73, passed away in St. George, Utah, March 13, 2021 at home, peacefully after a progressive illness. Richard was born in Philadelphia, PA, and attended public school there. He is preceded in death by his parents, Robert and Ruth (Montgomery) Leggett. Rich was a Vietnam Veteran and a Life Member of the Vietnam Veterans of America as well as the St. George chapter of VVA. He was awarded a Purple Heart for injuries received in Vietnam. For many years Richard was a resident of Bremerton, WA, and an active member of Sonshine Baptist Fellowship. He retired from the Puget Sound Naval Shipyard after a distinguished career as a Marine Mechanic. Richard, along with his partner, Jeanne Black made many friends through the Zion Harley Davidson shop in Hurricane. As a couple, Richard and “Magic” were Assistant Director, Director, and Secretary, respectively, of the Harley Owners Group at Zion, HD. Rich enjoyed visiting the casinos in Mesquite, NV, and won many jackpots there. Among his other hobbies, he was an avid model railroader and Aquarist. Besides his life partner, Jeanne “Magic” Black, he leaves three children: Richard Leggett, Jr, (Michelle), Christopher Leggett, (Alex), Bremerton,WA, Shannon Leggett Mowbray, Essington, PA and eight grandchildren. Richard's siblings, Ruth, Robert, (Helen) Roger (Kitty) and Rita still reside in Southeastern Pennsylvania and surrounding areas. The family would like to thank Sun Tree Hospice and Medical Staff for the outstanding care they provided. A Celebration of Life will be held at Serenity Funeral Home and Cremation Center of Southern Utah, 1316 S. 400 E, St. George on Sunday, May 2, 2021 at 1PM. All are welcome. Interment will be private.

Richard Harvey Leggett, Sr. 73, passed away in St. George, Utah, March 13, 2021 at home, peacefully after a progressive illness. Richard was born in Philadelphia, PA, and attended public school there. He is preceded in death by his parents,... View Obituary & Service Information

The family of Richard Harvey Leggett Sr. created this Life Tributes page to make it easy to share your memories.

Send flowers to the Leggett family.