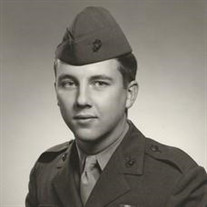 Robert J. “Bob” Reinbolt of St. George passed away at home March 5 at the age of 73. Bob was born and raised in Southern California. Soon after graduation from high school, he enlisted in the United States Marine Corps where he served from 1967 to 1971. His training at Marine Corps Logistics Embarkation School in Okinawa provided him with the skill to load a dishwasher, organize a pantry, and pack a car trunk with luggage with unsurpassed efficiency. Bob was a low-key, but proud card-carrying member of Mensa. Bob’s ability to quickly grasp foreign languages first came with his assignment to the Iwakuni Marine Corps Air Station in Japan where he picked up conversational Japanese. He learned Farsi while on assignment in Iran in the late 1970s as a supervisor for gas turbine operations for Solar Turbines, and expanded his high school Spanish while working in Villahermosa, Mexico, for Creole Turbines during the early 1980s. He also worked on gas turbines in Midland, Texas, and on offshore oil rigs in the Gulf of Mexico in the late 1980s. The latter assignment provided him with cherished opportunities to sample the cuisine of New Orleans. Bob and his wife, Rennie, got together in 1987 in the San Francisco Bay Area. They enjoyed almost 30 wonderful years together before her death from cancer in 2015. They enjoyed golf, food, and birding vacations that took them to Hawaii, England, France, Germany, Italy, and Switzerland in addition to many places in the United States. One of their favorite places to visit was St. George. In March 2016, eight months after Rennie’s death, Bob moved to St. George, because that is where she wanted to retire. Bob was an amazing caregiver to Rennie during her four years of declining health, as well as to her widowed mother, Mary Mandziuk, who lived with them. Once in St. George, Bob became involved with the Marine Corps League where he was in charge of scholarships for veterans returning to higher education, and where he became an integral part of the annual area Toys for Tots campaign. Bob also discovered the wine pairing and cooking classes at Harmons Grocery, where he enjoyed superb food, enhanced his own culinary skills, and made new friends. Bob will probably be remembered most for his amazing storytelling and ability to deliver punch lines, a trait that is passed down strictly through the male Reinbolt line. He is survived by his sister, Diane Reinbolt Judd, and her husband, Ronald E. Krempetz, of Petaluma, CA, and his grand-nephew, Thomas Judd, of Las Vegas, NV. He was preceded in death by his parents, Evron and Clare Reinbolt; his wife, Renata “Rennie” Reinbolt; and, his nephew, Ian Judd. A memorial service is being hosted by the Utah Dixie Marine Corps League on Saturday, June 4, at 2:30 p.m. at the American Legion Building, 245 North 200 West, St. George. For addition information, contact Steve Handy at [email protected] In Bob’s honor, donations can be made to the Utah Dixie Detachment Scholarship Account, c/o Paymaster Norm Sammis, P.O. Box 553, St. George, UT 84771.

Robert J. &#8220;Bob&#8221; Reinbolt of St. George passed away at home March 5 at the age of 73. Bob was born and raised in Southern California. Soon after graduation from high school, he enlisted in the United States Marine Corps where he served... View Obituary & Service Information

The family of Robert J Reinbolt created this Life Tributes page to make it easy to share your memories.

Send flowers to the Reinbolt family.