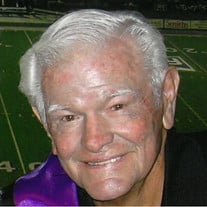 Ronald M. Axton passed away September 15, 2018 at the age of 80. He was born on June 12, 1938 at home in Pueblo Colorado. He was the son of James M. Axton and Fern M. Stapleton Axton. He grew up in California where his father worked in the Alameda Ship Yards. After the war his family moved to Orem UT where his dad worked at the Geneva Steel Mill. Ron graduated from Pleasant Grove HS in 1955 and maintained many dear friendships with classmates until his death. He met his wife, Nora L. Ammons, at the Nazarene church in Provo UT when she was 8 years old. They were married on July 12, 1959. (Their daughter Lisa gave them a wonderful surprise 59th Anniversary party on July 12, 2018.) Ron’s mother, Fern, was her Sunday School teacher. Ron attended Northwest Nazarene College in Nampa, ID for one semester. Then he volunteered for the draft and elected to go into the Navy. He attended the Central Utah Vocational School in 1957 and was hired on at Sperry Utah Co. where he worked for 8 years. During these years Ron attended Weber State College, with no financial help, where he graduated in 1966 with a History and Political Science major. He then hired on at Hill AFB in 1966, and started as an Item Manager and Retired in 1990 as a Project Manager for the subsystems of Major Weapon systems. During his employment he spent 1 year in Viet Nam in 1969-70. He also studied photography at Weber State and built a studio and darkroom in his home, where he operated “Axton’s of Ogden Photography” in Ogden for 8 years, from 1971-79. Ron did the photography, developing and printing and Nora did the arranging of people. He photographed all the Little League Baseball and Football teams, as well as cheerleader and Dance teams for the Wasatch Front Little League. He did Wedding Photography also, where Nora Oil painted ll X14 inch photos of the Brides. Ron retired from Hill AFB in 1990. Then they designed, built, assembled, boxed and labeled 1000 dog doors for sliding glass patio doors under the name of “Axton’s Modular Dog Doors“. He loved and supported the Athletic events at Weber State University for 30 years while in Ogden. They established an Endowment Scholarship at Weber State University in 1994. Ron and Nora then moved to Las Vegas NV in 1994 and loved the 10 years they lived there, but decided that St. George was the place that they wanted to live and moved to St. George in 2004. When they came to St George they joined the Booster Club at Dixie State University and established an Endowment Scholarship. He figures that he has many “grandkids” there. He has received great joy from his association with the Softball Team, and all the other athletes at Dixie. His desire is to help University students who need help to use the scholarship. Ron was named Ambassador for the Washington City Community Center, where he walked in the pool or treadmill 5 days a week since the center opened, until 1 April 2018. He loved his friends there and the personnel were wonderful. Thanks to all of them for their friendship, and loyalty to him. Ron is predeceased by his son, James C. Axton, his parents and brother, Ralph Axton. Ron is survived by his wife Nora, daughter, Lisa (Don) Bevers, 5 Grandchildren and 11 Greatgrandchildren, Sisters: Gayle (Verl) Crossman, Darleene Axton, and Joyce (Tony) Jensen. The family extends their love and appreciation to their family and many friends who have supported them during this time. We also thank our friends at the Community Church and the Meadow Valley Ward for their great help and affection. Their support was so wonderful. Also many thanks to the wonderful staff at Intermountain Regional Hospital for their dedication to his care and to Intermountain Health and Hospice (especially Brittani, Lisa, Liz and Kathi) for their devoted and loving care and support they provided to Ron. Also, thank you, Bella Terra Care Center of St George, whose care and devotion to Ron was outstanding and the compassion shown to the family during his stay. We thank all of you. The family requests no flowers. If you wish you may make donations to “The Ronald M. & Nora L.Axton” scholarships at either Weber State University or Dixie State University. A Celebration of Life will be held at the St. George Community church at 95 S. 800 E. St George UT on 29 September 2018 at 1 PM.

Ronald M. Axton passed away September 15, 2018 at the age of 80. He was born on June 12, 1938 at home in Pueblo Colorado. He was the son of James M. Axton and Fern M. Stapleton Axton. He grew up in California where his father worked in the... View Obituary & Service Information

The family of Ronald M Axton created this Life Tributes page to make it easy to share your memories.

Send flowers to the Axton family.