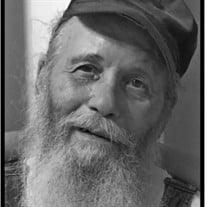 Russell Ellis Williams, 73, Motoqua, Utah passed away on Saturday, September 25, 2021 at Bella Terra Nursing and Rehabilitation, in St. George. He was born on Sept, 9, 1948, in Burien, Washington to Bevan L. and Doris [Mitchell] Williams, both of whom preceded him in death. He attended Highline High School in Burien, Washington, but left school early to join the military service. He was an Army Combat Veteran and served in Vietnam from 1966 through 1968. On October 26, 1997, he married Halley Kay (Young) Hersch, in Rexburg, Idaho. They were happily married until Halley preceded him in death on April 26, 2014. Russ is survived by five children: Joshua (Julia Twaddle), Las Vegas, Nevada; Amy (Rahul Ahmed), Goshen, Indiana; Martha (Christian) Wenger, Elkhart, Indiana; Molly (Williams) Keller, Hurricane; and Evan (Karla Thornton), Parowan; five step-children, Kacie Hersh, Salt Lake City; Brooke Hersh, Cedar Hills; and Amidey (Gary) Anglesey, American Fork; Lianna Howells, St. George; and Shane (Jen) Howells, Central; 20 grandchildren; four siblings: Bevan Terry Williams, Silver City, New Mexico; Rick Williams, Seattle, Washington; Candie Sacayanan, Midway; and Jodie (Andrew Vilicich) McClure, California; along with many nieces and nephews. Russ was a unique person. He was warm and gregarious, with a sense of humor, but he could also be stubborn. He was an independent spirit, an outdoorsman, a survivalist. He liked to play pinochle, and tell stories about his life. He was quite a talker and enjoyed time with family and friends but also appreciated peace and solitude. Over the years, he worked in construction, as a cook, and did odd jobs. He wasn’t a 9-5 type of guy and was happiest living a simple life surrounded by nature. He will be remembered and missed by all. Funeral Services will be on Saturday, October 2, 2021 at 5:00 PM MT at the Church of Jesus Christ of LDS in Gunlock, Utah. Burial will be earlier in the day.

Russell Ellis Williams, 73, Motoqua, Utah passed away on Saturday, September 25, 2021 at Bella Terra Nursing and Rehabilitation, in St. George. He was born on Sept, 9, 1948, in Burien, Washington to Bevan L. and Doris [Mitchell] Williams, both... View Obituary & Service Information

The family of Russell Williams created this Life Tributes page to make it easy to share your memories.

Send flowers to the Williams family.